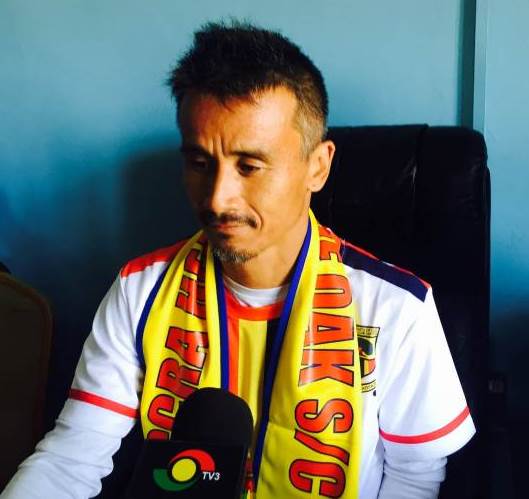 Head coach of Accra Hearts of Oak Kenichi Yatsuhashi collapsed, Friday morning when he was having his usual early morning training in front of his hotel in Accra.

The coach who has won the hearts of many if not Phobia fans following the teamâ€™s blistering start to the 2015/16 Ghana Premier League, is a known workaholic who takes his job very serious, and so far the results are there for all to see.

According to Club sources who confirmed the story to ghanafootballnews.com, the coach who is said to have a habit of waking up very early in the morning daily to train in the car park of the hotel he is lodging, was doing same on Friday morning when he suddenly blacked out.

He was found on the floor by a staff of the hotel and was later rushed to the Ridge Hospital in Accra where he was admitted and given treatment.

Our sources say the coach was made to take some laboratory tests to ascertain why he suddenly went unconscious.

â€œAccording to the results and from what the doctors are saying it looks like he hardly rests and he is a human being like all of us, and definitely will breakdown at some point in timeÂ if he doesnâ€™t get the needed rest that the body needs,â€ www.ghanafootballnews.com source who was with the coach at the Ridge hospital mentioned.

He is expected to be discharged tonight after which he will move straight to camp ahead of Hearts of Oakâ€™s MTN FA Cup round of 64 clash with Wassaman United at the Accra sports stadium.