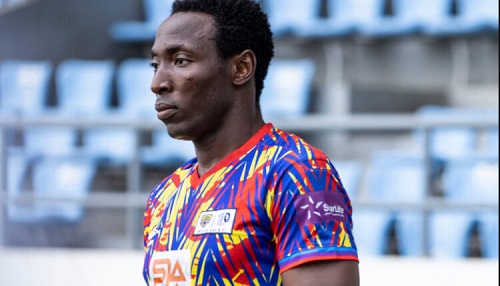 Kofi Kordzi has been suspended by Accra Hearts of Oak for a period of two weeks for 'violation of contract', the club said in a statement.

This comes after days after Kofi Kordzi was spotted participating in a match without the permission of the club.

He will in the next fourteen days train with the Junior team of Accra Hearts of Oak, Auroras.

An official statement from the club read: “Following the violation of his contract, the management of Accra Hearts of Oak has with immediate effect suspended striker Kofi Kordzi for a period of two weeks.” 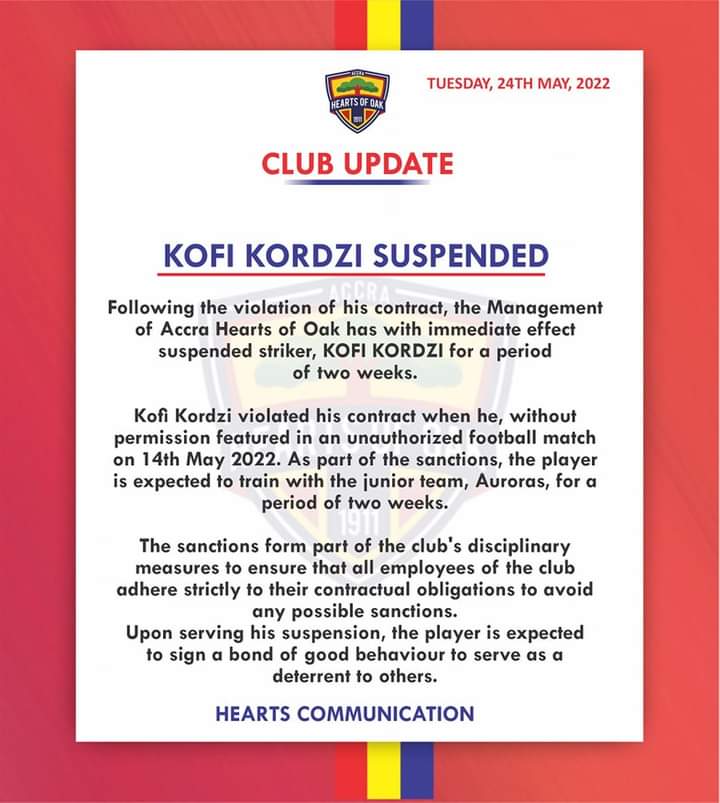