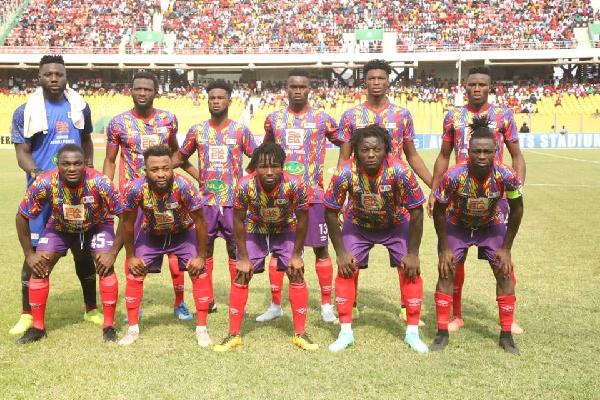 The Ghana Football Association (GFA) has confirmed that the Premier League match week 30 encounter between Eleven Wonders and Hearts of Oak has been postponed indefinitely.

The game was initially rescheduled to Wednesday, May 25, 2022, by the GFA following advice from the Public Health Department of the Ghana Health Service (GHS).

However, following further measures by the GHS, GFA has postponed the match indefinitely.

Below is a statement from the GFA:

“The Ghana Football Association wishes to announce that the Ghana Premier League Match Day 30 fixture between Eleven Wonders FC and Accra Hearts of Oak SC has been postponed indefinitely.”
“The decision follows further findings and subsequent advice from the Ghana Health Service(GHS).

“The GFA was initially advised to reschedule the fixture between the two Clubs to Wednesday, May 25, 2022. However, following further measures by the GHS, the GFA has postponed the match indefinitely.

“A new date for the match would be announced in due course. Stakeholders are to take note and act accordingly.

“The GFA will continue its engagements with the GHS and only schedule Accra Hearts of Oak matches when given clearance by the Health Authorities.”

Hearts of Oak are 4th on the league table with 47 points while Eleven Wonders lie 16th after 29 matches played so far.