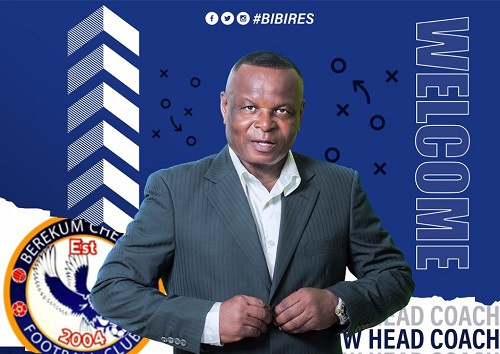 Ghana Premier League side Berekum Chelsea have appointed Michael Hesse Odamtten as their new head coach ahead of the commencement of the new season.

The former Hearts of Oak great has signed a deal with the Blues after successful negotiations. He is expected to steer the Berekum-based side ahead of the 2020-21 Ghana Premier League season.

The Berekum based club on Tuesday, confirm the 54-year-old as their new head coach.

Odamtten has been heavily involved in youth development over the years and will see his move to Chelsea as the biggest break in his career.

He has previously had stints with Cheetah FC, St Mirren and as a development coach for the Greater Accra FA.

In another development, renowned sportscaster, Juliet Bawuah has joined Berekum Chelsea as its new Brand Strategy and Relations Manager, an official communique from the club has announced.

A household name in the field of journalism in the West African country, the TV3 Sports show host will be spearheading the corporate affairs and brand of the Bibires who are embarking on strategic changes to further advance the agenda of the club for the upcoming 2020/21 season and beyond.

She is set to be part of the management team of the club for the upcoming football season.

Juliet Bawuah is the founder of the Africa Women's Sports Summit, a program that brings together Africa's leading female sportscasters, as well as aspiring ones.