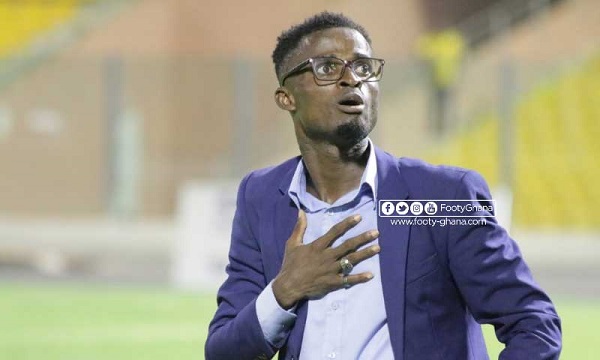 Ignatius Osei-Fosu has opened up on the decision to join Dreams FC as the new coach of the Ghana Premier League side.

Osei-Fosu this week completed a move to the Dawu-based club.

Speaking after his move, the former Medeama coach disclosed that he was convinced by the team's project and brand hence his decision to the club.

Another factor that made him join the Ghana Premier League side 'is the young players in the squad.'

According to him, he is a developer and would like to make a career out of the young players in the team.

Dreams FC on Wednesday confirmed the appointment of Ignatius Osei-Fosu as the club's new head coach.

He replaces Abdul Karim Zito who has been in charge of the club for the last few months.

“We are pleased to announce that 𝑰𝒈𝒏𝒂𝒕𝒊𝒖𝒔 𝑶𝒔𝒆𝒊-𝑭𝒐𝒔𝒖 𝑲𝒘𝒂𝒎𝒆 has been appointed as the manager of the club, he replaces technical director Abdul Karim Zito who will revert to his original advisory role,” a club statement from Dreams FC said on Wednesday evening.

Ignatius Osei-Fosu has in the past worked with Premier League sides Techiman Eleven Wonders and Medeama SC.