It's my dream to face Liverpool at Anfield - Thomas Partey 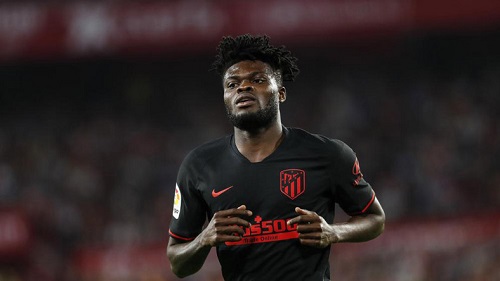 Atletico Madrid aceÂ Thomas Partey has revealed that it will be a dream come true playing at Anfield in tonights Champions League clash.

Partey leads the Spanish club to Anfield as they play as guest to Liverpool in the second leg on the UEFA Champions League. The Ghanaian international put up a Man of the Match display in the first leg as Diego Simeone's charges were victorious on the night.

They head into today's match with a 1-0 advantage after Saul Niguez strike 3 three weeks ago.Â

Speaking ahead of the match, Partey said:Â  We are prepared, It is a dream for me to play against [Liverpool] at their stadium.

"I hope it stays forever in my career, [Liverpool] are doing well.

"We have to be focused one hundred per cent but we know it will be difficult."

Meanwhile, Liverpool trainer Jurgen Klopp has disclosed that skipper Jordan Henderson has been passed fit for the contest.

TheÂ EnglandÂ international has been sidelined since the first leg of a heavyweight European encounter withÂ La LigaÂ foes.

The Reds will be hoping their skipper's presence aid their cause as the Reds seek to overturn a 1-0 deficit, but goalkeeper Adrian will have to fill in again between the sticks asÂ BrazilÂ internationalÂ Alisson remains sidelined with a hip problem that will also keep him out of a derby date with Everton on Monday.