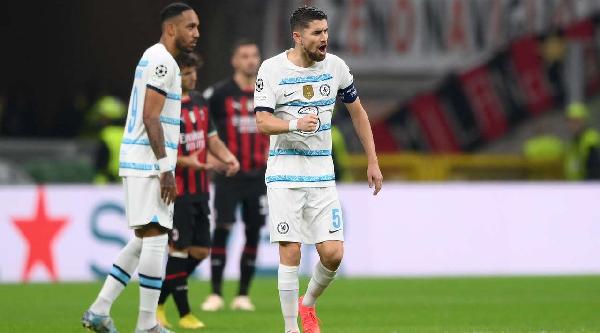 Chelsea went top of Group E in the Champions League on Tuesday thanks to a 2-0 win over AC Milan at the San Siro.

Goals coming from Jorginho and Pierre-Emerick Aubameyang whilst Fikayo Tomori saw red for the hosts.

The first big moment of the match was a game changer. In the 18th minute Tomori was adjudged to have pulled Mason Mount back and the referee awarded both a penalty to Chelsea and a red card for Tomori. Jorginho dispatched his penalty with ease to put Chelsea 1-0 up.

The referee continued to dish out yellow card after yellow card, ideal for Chelsea, frustrating for Milan.

Chelsea doubled their advantage after 35 minutes, Aubameyang expertly finished off a sweeping Chelsea move to give Milan a mountain to climb.

Reece James went down after an innocuous landing following a tackle on Theo Hernandez, after trying to carry on he was eventually substituted.

Chelsea controlled the match, knocking the ball about with confidence and limiting Milan to very little. Chelsea go top of Group E with the win.