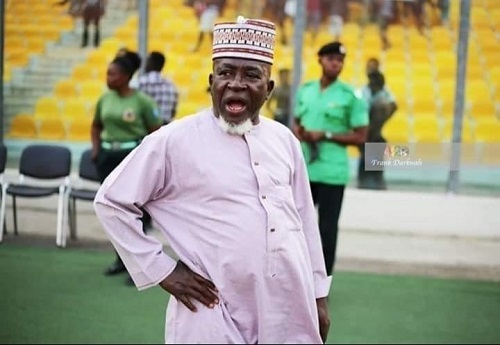 Bankroller of King Faisal, Alhaji Grusah has written to the Ghana Football Association seeking compensation after being moved to Obuasi to honour it match against Legon Cities.

READ ALSO:Â LegonÂ CitiesÂ director reveals why they bring artistes to the StadiumÂ

Due to this, King Faisal who were to host Legon Cities on Wednesday at the Baba Yara Sports Stadium in the Ghana Premier League midweek fixture has had their match rescheduled to Thursday at a different venue.

According to Grusah, after the stadium closure, he submitted a letter to the country's football body telling them that he has adopted Assin Fosu as its new home venue but the GFA has chosen a different venue for him.

Speaking to Happy FM, he indicated that honouring its home matches at the Len Clay Stadium in Obuasi will come at a greater cost to him, hence seeking for compensation.

Is the Dewu park or Liberty park better than the park in Assin Fosu? I need compensation because I will be travelling outside Kumasi so I will incur extra expenses

We will get help and accommodations free in Assin Fosu, unlike Obuasi. That place is like a home to us so we will be comfortable there.

The rescheduled match between King Faisal and Legon Cities comes off at the Len Clay Stadium on Thursday,Â February 20 at 3:00 pm.