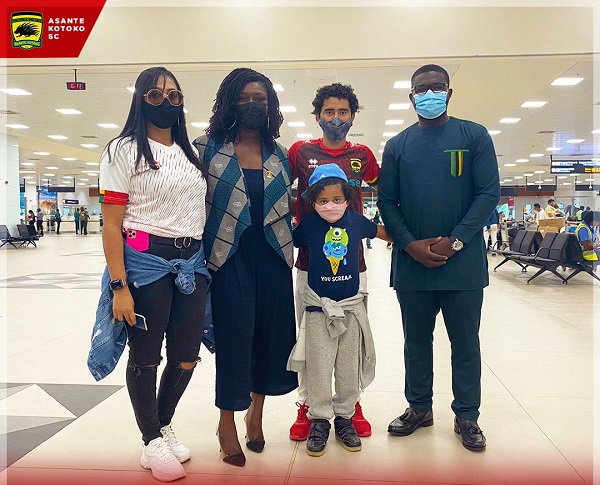 The player today arrived at the Kotoka International Airport with his family and was picked up by CEO Nana Yaw Anponsah.

Gama is expected to join his new Porcpines teammates to begin training. He has been handed the famous No.10 jersey for the 2020/21 season.

The 28-year-old joined Kotoko on a two-year deal after leaving Swedish side Jönköpings Sodra and will wear iconic shirt in his debut season for the Porcupines.

His arrival is expected to push the club to new heights as they also aim to win the Ghana Premier League and reach far in the CAF Champions League which begins in later this month.

He has also played for IFK Värnamo in Sweden.

Meanwhile, Fabio Gama has expressed excitement after joining the Porcupines.

“I'm sure that together with a lot of work and dedication we will have a great season of success.