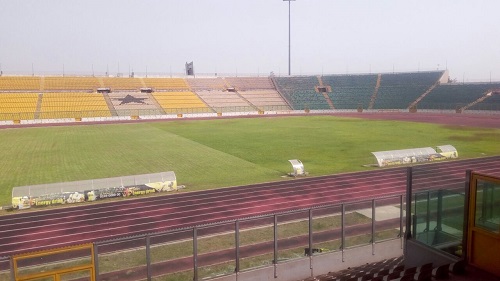 Acting Regional Director of National Sports Authority (NSA) in Ashanti Region, Edmond Appiah has reiterated that Asante Kotoko and teams who use the Baba Yara Sports Stadium were aware it will be closed down.Â

The NSA on Monday issued a release stating thatÂ the Baba Yara Sports Stadium has temporally been closed down.

"A statement signed by Mr Edmond Appiah said the stadium is closed to both football and athletics purposes with effect from Monday, February 17, 2020."

"The statement said the closure is to enable the NSA and Ministry of Youth and Sports to have ample and uninterrupted time to fix critical places of the stadium before the celebration of Ghana's 63rd Independence Anniversary Celebration."

"It added that the total renovation would however resume immediately after the celebrations."

"It said the public is therefore advised to make alternative arrangements for their programmes adding that, they would be duly notified when the stadium can host football and athletics again."

Speaking on the temporal closure of the Stadium on Tuesday, February 15, NSA boss said the various clubs who use the facility had prior notice the Stadium will be shut down forÂ refurbishment.

"For almost a year now, the Sports Ministry and the Sports Authority the made other parties aware that after the Accra Sports Stadium renovations, Baba Yara Sports Stadium is next and because procurement process takes a long time we weren't certain with the exact date.

"So the teams using the Stadium were aware that at any particular point in time renovations will start."

"Due to the impending independence anniversary celebration, we needed to put some places in good conditions. The contractor has already started work."

He added teams will have access to the Stadium after the Independence anniversary. According to him, the NSA wouldn't do a complete shutdown as the renovation of the Stadium is in phases.