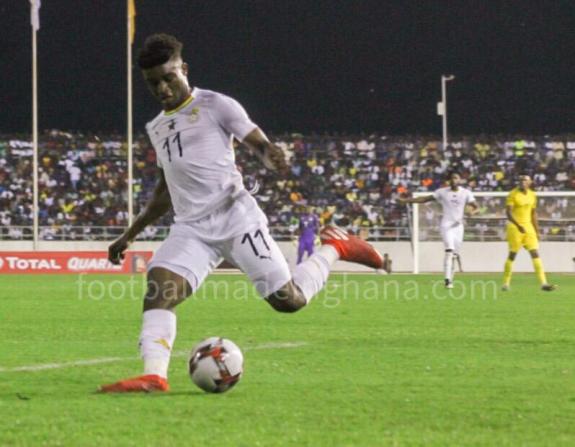 Nordsjaelland attacker,Â Kudus Mohammed has been advised by Bernard Don Bortey to keep his feet on the ground as he hope to realize his full potential.Â

According to the Hearts of Oak legend,Â  the youngster has a bright future and should guard against complacency.

Bortey speaking with Goal cautioned the upcoming talents in the country that, the road to success is hard work.

â€œI started watching him from the 2015 Ghana U17s. Heâ€™s developing well. If only he wonâ€™t get a swollen headed, he will make it.

â€œThis is Africa for you. African players, we donâ€™t aim high. If we achieve something little then we begin to descend.

â€œThe young ones coming should aim high and tell themselves â€˜this is what I want to doâ€™. The people at the top started like them.

â€œThey should stay focused and set targets. If they work hard, trust me they will get there.â€

Kudus Mohammed has been one of the emerging talents in Ghana football. He was part of the Black Satellites team that exitedÂ Total U-20 Africa Cup of Nations in Niger in 2019.

The 19-year-old earned his debut Black Stars call-up against South Africa in the AFCON 2021 qualifiers in November last year scoring maiden goal in the 2-0 win.

So far this season, Kudus has made 19 league appearances for Nordsjaelland, scoring nine times and assisting one other goal.