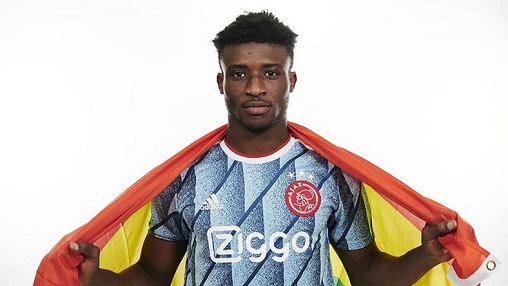 Kudus Mohammed is poised to train with his new Ajax teammates for the first time since his £9m transfer was completed.

The Ajax prodigy will commence training with the Amsterdam club this week. The attacker who joined the Dutch side last month on a 5-year deal is yet to train with the team due to the club being on break.

The club have revealed that Kudus will begin training with the club on Tuesday, August 4. He will for the first time train with his new teammates together with Dusan Tadic and André Onana who all couldn’t join the team in the opening day of training.

Kudus Mohammed will wear jersey number 20 at his new club.