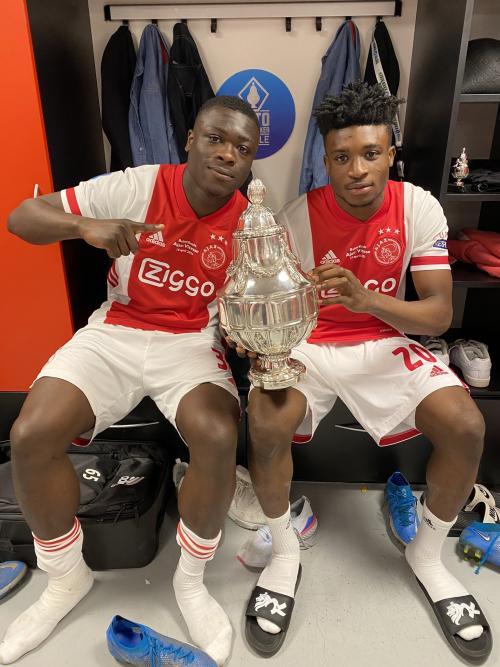 Ghana international Mohammed Kudus has won his first trophy at Ajax as the side beat Vitesse Arnhem to lift the Dutch Cup on Sunday.

In his first season with the Ajax, the 20-year-old watched from the bench as Brazilian winger David Neres scored in the first minute of injury time to dramatically hand his side a 2-1 win in the cup final.

Ryan Gravenberch put Ajax in the lead in the 23rd minute but Lois Openda hit back for the opposition only seven minutes later to level the score, before Neres' late intervention.

The trophy is Kudus' first career title and the club's 20th Dutch Cup.

He made his debut for the side in a league clash against RKC Waalwijk and scored his first goal in a 5-1 Eredivisie triumph over Heerenveen in October.

"Now a new place awaits me and Ajax Amsterdam is a very special club with a very special culture, which I look forward to embracing," Kudus said after sealing his Ajax deal in July last year.

"I look forward to continuing my development at Ajax and continuing the pursuit of my dream.

"I owe it to all my coaches and teammates in FC NordsjÃ¦lland and at Right to Dream."

In all competitions so far for Ajax, Kudus has made 16 appearances and scored twice, his number of outings limited by a meniscus injury sustained in October last year.

In four Ghana appearances so far, the attacker has scored two goals and provided two assists.