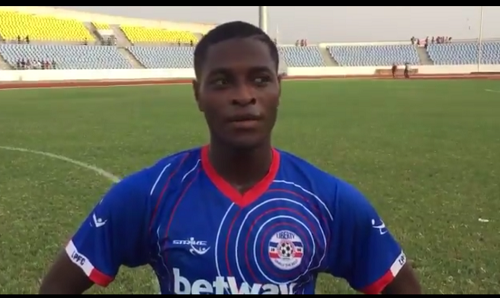 Mubarak Alhassan has completed a move to Spanish La Liga side Granada CF from Liberty Professionals.

The attacking midfielder after months of negotiations has finally sealed a move the Spanish club.

Liberty Professionals on Thursday confirmed the transfer of their midfielder to the Nazaríes. The club, however, did not disclose the details of the youngster's contract.

"Our midfielder Mubarak Alhassan has completed his transfer to La Liga side @GranadaCdeF. We wish him well in his next adventure."

Our midfielder Mubarak Alhassan has completed his transfer to La Liga side @GranadaCdeF.

We wish him well in his next adventure.

The 17-year-old scored five goals and assisted the same number in twelve games for the Scientific Soccer Lads in the truncated 2019/20 Ghana Premier League.

Mubarak Alhassan had his colts football at Corners Babies, before joining WAFA where he spent only a season.