Ligue 1: How Lille pulled off a shock title triumph - to leave PSG searching for answers 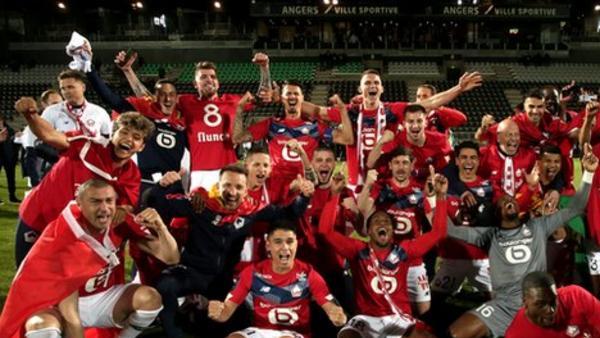 It is a remarkable transformation. Three years ago, Lille were almost relegated, only surviving after winning three of their final four matches. Now, they have pipped the might of Paris St-Germain to the French title.

They have done it on less than a quarter of PSG's budget, and amid the uncertainty of a mid-season takeover. They can thank an astute, underrated manager in Christophe Galtier, some smart signings - and a few of PSG's own discarded youth products.

But while Lille celebrate, PSG have been left to wonder how the Ligue 1 crown has been wrestled away from them.

'A continental juggernaut bullied in its own playground' 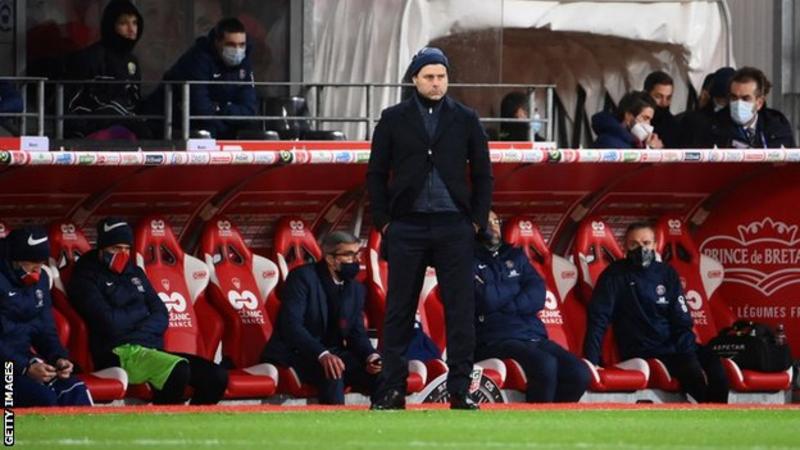 Thomas Tuchel was plotting Paris St-Germain's path to the Champions League final 12 months ago. A year on, and he's there again with Chelsea, less than six months after being sacked by PSG - who will be watching him enviously next Saturday without even the consolation of the Ligue 1 title.

Tuchel's sacking on 24 December - after PSG had beaten Strasbourg 4-0 to head into the winter break a point off top spot - said everything about the German's fractured relationship with sporting director Leonardo.

The upshot was Mauricio Pochettino returned to top-level European football, but PSG failed to win the French championship for only the second time in nine seasons.

This is a very different PSG who lost out on the title to Montpellier in 2011-12. Nine years ago, the Qatar Sports Investments project in the French capital had only two league titles to their name; since, they have matured into a continental juggernaut unused to being bullied in their own playground.

The fact they have been must - to a large extent - be laid at the door of the coronavirus pandemic. Yes, PSG have the sort of strength in depth that only the most financially well-muscled clubs can boast, but even their squad has been stretched wafer-thin.

"For me, and there's a lot of us that feel this, it's not a new season," said Kylian Mbappe in October. "It's as if last season were still going on. For me, it's the 60th match of the season, and not the ninth of the new campaign."

That said, Mbappe has just enjoyed his most prolific season yet and - tired or not - is talking about playing for France at the Olympics after Euro 2020.

Mbappe's exploits in front of goal would bode well for Pochettino's ambitions for 2021-22, but, with 12 months left on his contract, the striker is still considering whether to join Neymar in signing an extension. Everyone is fully aware what it would mean if he decided against that.

Having had only a few months to work with the squad, Pochettino remains in credit, especially as he guided PSG to the Champions League semi-finals and won a major domestic trophy.

But whether Mbappe commits or not, the Argentine will be expected to deliver big at home and abroad in the new campaign.

"Lille will make a good champion if they win it. But with eight defeats, if we lose the title, we're the only ones responsible," said Mbappe late in the season.

'A success fashioned from PSG's own youth academy' 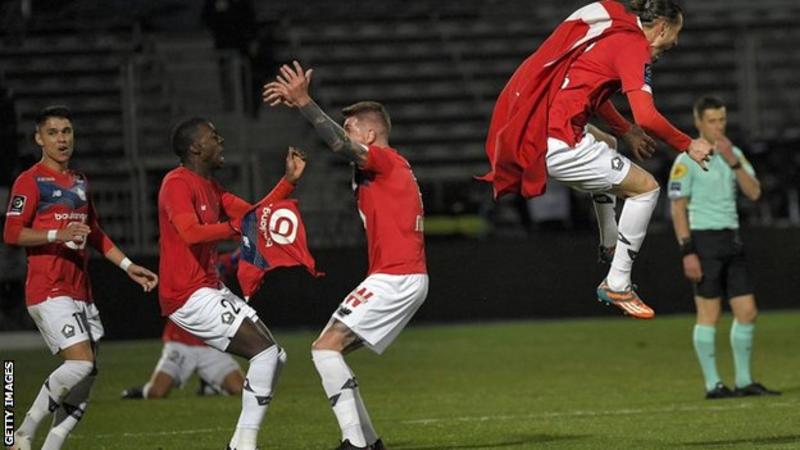 He is right. Lille should not have been able to compete on an even playing field. Their squad cost 147 euros (Â£126.5m), while PSG's cost 640m euros (Â£551m). But he also unwittingly struck upon another reason for PSG to blame themselves: Lille's success was fashioned to a great extent in the dethroned champions' own youth academy.

A new front two clicked as well. Burak Yilmaz, the 35-year-old Turkey striker, had not played for a club outside his own country before joining Lille last summer as a replacement for Loic Remy, but worked superbly in attack, scoring 16 goals in Ligue 1.

He provided the experience to support Jonathan David, the Canada forward signed from Belgian club Gent before the start of the season. David was brought in to fill the gap left by Victor Osimhen's departure to Napoli, and his 13 league goals were crucial to Lille's title success.

Lille used just 21 players to claim their fifth top-flight title, fewer than any other side in the division. Given they also reached the knockout stages of the Europa League, it's all the more remarkable, and adds to the credit that manager Galtier fully deserves.

The end at Lille for Galtier?

Galtier established himself in coaching as an assistant, working alongside Alain Perrin at Portsmouth, Lyon and Saint-Etienne among others. When Saint-Etienne sacked Perrin in 2009, Galtier got his chance as a manager, and has proved an adept leader.

After moulding Pierre-Emerick Aubameyang into a world-class striker and achieving relative success on the tightest of budgets, he picked up the mess left by Marcelo Bielsa at Lille in December 2017 - taking over with the club in serious relegation danger.

Galtier kept them up, then took Lille to second and fourth-place finishes over the next two seasons. This time around, amid the upheaval of new owners coming in halfway through the season, the manager masterminded one of football's most unexpected title triumphs. On Sunday, he was named Ligue 1's manager of the year for an unprecedented third time.

He is expected to leave Lille this summer - with underperforming heavyweights Lyon and Ineos-backed Nice the favourites to land him. Yet Galtier's name is never mentioned when big jobs outside France come up.

Given what he has done with significantly smaller budgets and - on paper - less talented players, the days of Galtier passing under the radar of major clubs across the continent are surely numbered.