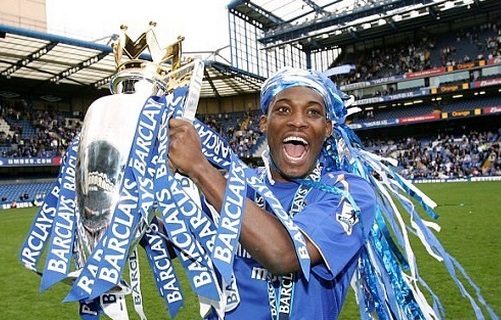 Essien who spent nine years at Stamford Bridge and featured consistently for the side, amassing 168 Premier League appearances said he is placing his money on his former side to annex next season's league based onÂ "how good theyâ€™ve looked since Thomas Tuchel has taken over."

"Iâ€™m going to say Chelsea win the league next season, based on how good theyâ€™ve looked since Thomas Tuchel has taken over,â€ Essien said as per the Mirror.

He added that, the London club would not have an easy ride as the Manchester clubs and Liverpool will also mount a strong title challenge.

"Theyâ€™re my first choice for the title, then itâ€™s obviously going to be United, Liverpool and City who will be right up there with them.

"With the players Thomas Tuchel has got at his disposal, I think heâ€™s got all the tools needed to challenge for the title next season

"If you look from the goalkeepers to the forwards, theyâ€™ve got big names all over the pitch. Theyâ€™ve got it all.

"I love the fact that theyâ€™ve got Thiago Silva at the back, his experience really is vital to that team and heâ€™s such a great name the younger players in the squad can learn from

"He commands the back line very well. But even without him, theyâ€™ve got Antonio Rudiger, Kurt Zouma and Andreas Christensen, so theyâ€™re very strong in that area."

The Blues have enjoyed a superb second-half to the 2020-21 campaign, reaching the Champions League and FA Cup finals and climbing to third in the table.

Chelsea were just ninth when Tuchel replaced club legend Frank Lampard in the Stamford Bridge hot-seat but the former PSG and Borussia Dortmund boss has overseen an impressive turnaround in west London.