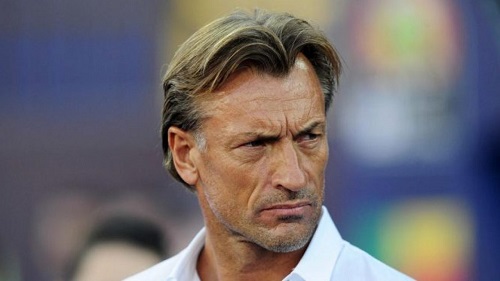 Herve Renard has announced his resignation as the head coach of the Morocco national team.

The two-time AFCON winner failed to lead the Moroccans to continental glory as they were eliminated by Benin on penalties in the knockout phase on July 5.

"It is time for me to close this long and beautiful chapter of my life, not without some emotion and sadness, but it is an inevitable decision taken well before AFCON 2019."

"I took this decision after having - of course - carefully considered. It is therefore irreversible and Mr Fouzi Lekjaa, president of the Royal Moroccan Football Federation, has just been informed of it in an official manner," excerpts of Renard's resignation letter read.

The French tactician served as a coach of the national team since 2016. He previously coached Cote D’Ivoire and Zambia, winning Africa Cup of Nations with both teams. 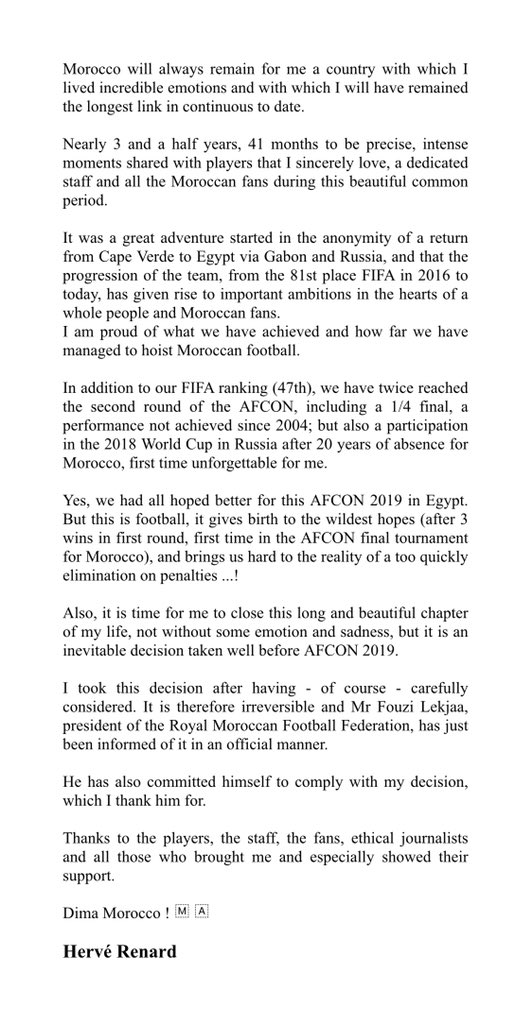