Muller not surprised at Pep Guardiola’s ‘failure’ at Man City 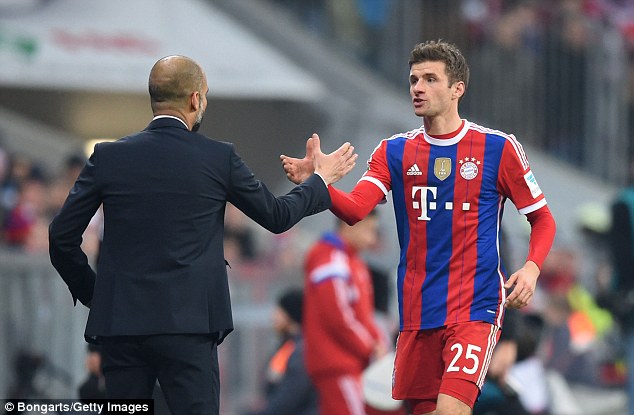 Pep Guardiola's failure to dominate the Premier League with Manchester City has come as no surprise to Bayern Munich star Thomas Muller.

The Spaniard started superbly after arriving at the Etihad Stadium this summer, signing a number of notable stars before guiding them to a 10-game winning streak across all competitions.

As pundits were getting ready to hand them the title before the clocks went back, City suddenly fell away and now sit in fourth place, seven points behind Chelsea.

Now, those same pundits have been left wondering whether Guardiola is cut out for life in England, but Muller always expected his former manager to need a season to settle in.

'The Premier League is very difficult with many strong teams. It's not easy to win against every team. You have a lot of games in England,' he told FCB.tv.

Guardiola appeared to reach breaking point following Manchester City's narrow 2-1 win over Burnley last weekend, in which Fernandinho was shown his third, and the team's seventh, red card of their season.

Despite the win, Guardiola was tetchy with the television cameras and earlier suggested he was 'coming to the end of his career as a manager' before later refuting that same claim.

‘I love my job and I’m in the perfect place to do it, especially here in England. ‘I want to do something else in my life, but in the next three or four or five or six or seven years.

‘Maybe it was inappropriate to say I’m starting to say goodbye to my career, but I’m not thinking that I’m going to retire.' Mail Online