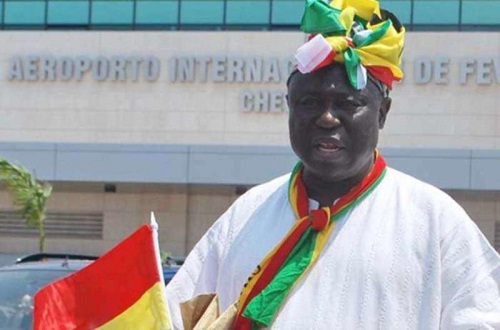 Newly appointed Chairman of Premier League Committee Lepowura MND Jawula has stated that his aim is to bring supporters to the various stadia.

Speaking on his appointment the former GFA President called on all hands to be on deck in the restoration of Ghana football.

“We will do all our best to make our players attractive for our National teams. My aim is to make sure that all our stadia are filled during our league games so as to bring the interest back into our game”, Jawula said in an interview with Ashh FM

“It is a chance for me to serve Ghana football again because I have been in the system for sometime now and I know with the support of all the stakeholders in our football, we will do a good job for the football fraternity” he added.

Lepowura M.N.D. Jawula and Jesse Agyapong are the two representatives of the GFA named by the Executive Council and the remaining five representatives nominated by the Premier League Clubs are Alhaji Braimah Akanbi, John Ansah, Francis Adjei Yeboah, Delali Senaya and Linda Ansong

The League Management Committee will serve a one-year term, and the GFA will engage Premier League Clubs towards an autonomous league.