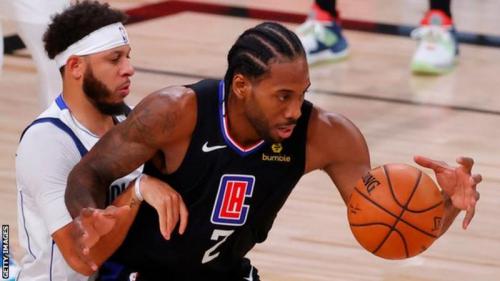 The Los Angeles Clippers advanced to the second round of the NBA play-offs after they eliminated the Dallas Mavericks in Orlando, Florida.

Meanwhile, Jamal Murray starred with 50 points as the Denver Nuggets forced a decider after a 119-107 win over the Utah Jazz tied their series at 3-3.

The Boston Celtics beat the Toronto Raptors in game one of round two.

Jayson Tatum and Marcus Smart scored 21 points each as Boston secured a 112-94 victory in the opening game of their Eastern Conference semi-final series.

The winner of the Nuggets-Jazz series, which Utah had previously led 3-1, will face the Clippers in the next round.