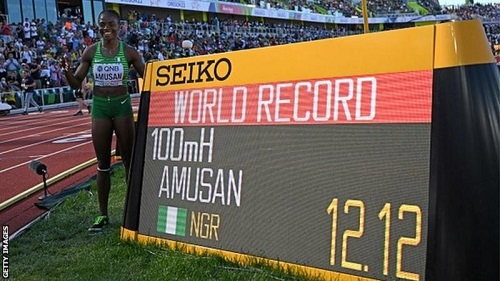 Tobi Amusan broke the 100m hurdles world record with a stunning semi-final time of 12.12 seconds - before taking gold at the World Athletics Championships in Eugene, Oregon.

The Nigerian, 25, ran even faster in the final - but her 12.06 was ruled ineligible by an illegal tailwind.

Amusan, who had already run a new African record of 12.40 seconds in Saturday's heats, said: "I believe in my abilities but I was not expecting a world record at these championships.

Great Britain's Cindy Sember finished fourth in the semi-final won by Amusan, but qualified for the final with a British record of 12.50, beating sister Tiffany Porter's 2014 mark by one hundredth of a second.

It was one of four national records, excluding Amusan's, run in the semi-finals, with another seven athletes equalling or breaking their personal bests.

"That was a crazy race. I actually thought I was running slow. Tobi was amazing, I can't deny," said Sember, who went on to finish fifth in the final. 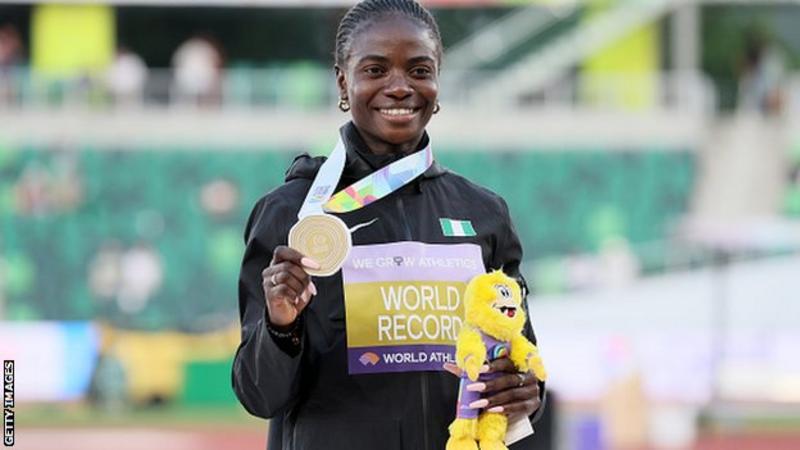