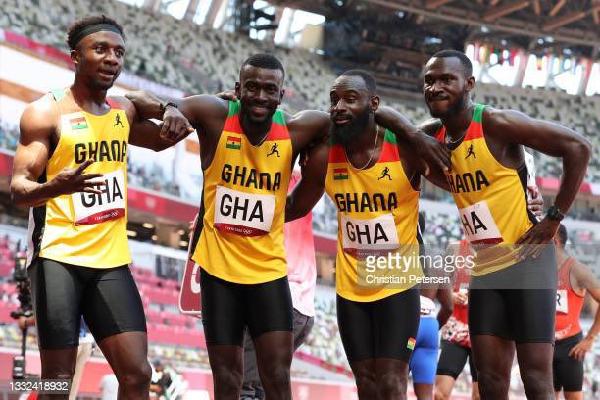 Ghana’s government has congratulated the 4x100m men’s relay team on their fifth-place finish at the World Athletics Championships in Oregon.

Finance Minister Ken Ofori-Atta said Monday while reading the mid-year budget review in parliament that the government was grateful to the team for making Ghana proud.

“Mr Speaker, Government wishes to congratulate the Ghana Men’s 4×100 Metres Relay quartet for their outstanding performance in taking the fifth position in the final at the World Athletics Championships in Oregon last Saturday.

“They did so by setting a new national record of 38.07 seconds. To Sean Safo-Antwi, Benjamin Azamati, Joseph Oduro Manu and Joseph Paul Amoah, a grateful country says ayekoo!,” he said.

The team’s time of 38.07 seconds on the tracks in Oregon, USA shattered the National Record set by the same team at the Tokyo Olympic Games last year.

It was a time that broke a 24-year-old record of 38.12 set by Abu Duah, Eric Nkansah, Aziz Zakari and Emmanuel Tuffour at the World Championships in Athens, Greece on August 9, 1997.

Saturday night’s finish by anchor leg Joseph Paul Amoah, however, could not compare to the one he made in the semi-final on Friday.

National 100m record holder Benjamin Azamati, however, made the fastest run among the quartet.