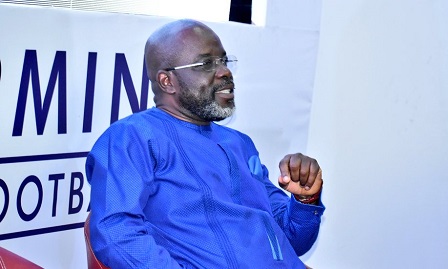 This was confirmed by his spokesperson, Ebo Appiah in an interview with Kumasi FM after the Ghana Football Association (GFA) on Wednesday named Palmer on a 3-member Ad-Hoc Compensation Committee.

A statement from GFA read: The Executive Council of the Ghana Football Association (GFA), in the exercise of the powers prescribed under Article 42(2) of the Statutes 2019, has appointed an Ad-Hoc Compensation Committee.

Article 42(2) of the GFA Statutes provides that “the remuneration of members of the Executive Council shall be proposed by an ad-hoc compensation committee and approved by Congress.”

The Committee is chaired by Frederick Nana Kweku Moore, the Chief Executive Officer of Accra Hearts of Oak Sporting Club.

The mandate of the Committee, as provided under Article 42(2) of the GFA Statutes 2019, is to propose to the GFA Congress the remuneration of members of the Executive Council.

The Committee is expected to submit its work in time to form part of the Congress documents that will be sent to members of Congress as the formal convocation of Congress under Article 31(3) of the GFA Statutes 2019.

Currently, the GFA has been using the sitting allowance approved by the previous Executive Committee before the coming into office of the Normalization Committee.

However, Ebo Appiah has disclosed that the disqualified 2019 GFA Presidential aspirant will be serving on the committee due to personal reasons.

"Mr Osei Palmer has declined from the committee due to several consultations which cannot be disclosed but regard it as personal reasons," he told Kumasi FM.

"We will publicly release a statement on this soon," he added.

Palmer is in a legal tussle with the GFA at the Court of Arbitration for Sports (CAS) over his disqualification from the 2019 GFA elections.

CAS has confirmed that the ruling will be out on August 4.