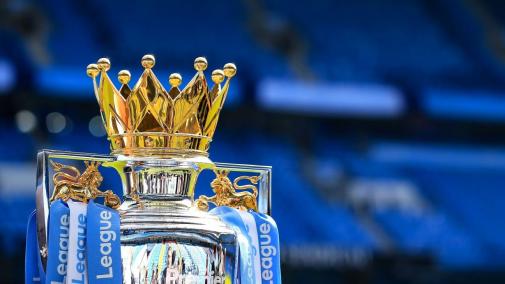 Premier League players have launched a "collective initiative" to help generate funds for the National Health Service and distribute them "where they are needed most".

The initiative - named #PlayersTogether - has been set up to "help those fighting for us on the NHS frontline" amid the coronavirus pandemic.

It has partnered with NHS Charities Together (NHSCT).

Former England captain and Match of the Day presenter Gary Lineker tweeted he was "proud of our players".

"Footballers are doing their bit as I was confident they would,"Â he wrote.

"Let's hope that others that are in a position to help, those that weren't unfairly targeted, do likewise."

More than 7,000 people have died with coronavirus in the UK, according to theÂ latest Department of Health figures.

What have the players said?

In a statement - posted by more than 150 top-flight playersÂ on social mediaÂ - they said they were "collaborating together to create a voluntary initiative, separate to any other league and club conversation".

The intention, they said, was to "try and help, along with so many others in the country, to make a real difference".

The level of contributions has not been announced but the players said the initiative would help "quickly grant funds to the NHS frontline".

What is the background?

However, the Professional Footballers' Association said such a cutÂ could harm the NHS,Â adding players were "mindful of their social responsibilities".

Speaking to BBC Sport earlier on Wednesday, former England striker and Match of the Day pundit Alan Shearer saidÂ it should be up to the playersÂ to decide the best way to help.

Premier League football has been postponed until at least 30 April because of the spread of coronavirus.

Clubs have announced a number of measures to support fans and the local communities.

What has been the reaction?

The chief executive of NHS Charities Together thanked the players for their "fantastic" initiative.

"It sends an amazing message of support to the NHS staff and volunteers working so tirelessly to save lives," Ellie Orton said.

Manchester United and England forward Marcus Rashford said it had been tough to get to this stage.

"I think there has been plenty of occasions, for me personally, where we've tried to help but we've not helped in the best way possible," Rashford told BT Sport.

"You can get some backlash from that. We wanted to take our time with the decision.

"We want to help in the best way possible and getting money to the right places is a massive thing."