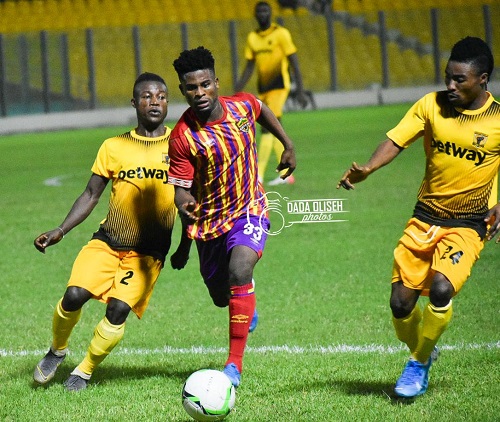 The GFA referees Committee has cleared Referee Latif Adaari in respect of the Ghana Premier League match between Hearts of Oak and Ashantigold at the Accra Stadium.

In a complaint to the GFA, Accra Hearts of Oak claim they should have been awarded a penalty in the early minutes of the game.

The club's request for a review claims the AshantiGold goalkeeper held their attacker in the penalty box and deserved a penalty.

The committee found that referee Latif Adaari had made no clear and obvious error in not awarding a penalty because there was no significant contact from theÂ AshantiGold goalkeeper to merit one neither did he deny the Hearts attacker an obvious goalscoring opportunity as Hearts claimed.

Referee Adaari is therefore cleared of the complaints from Hearts of Oak.