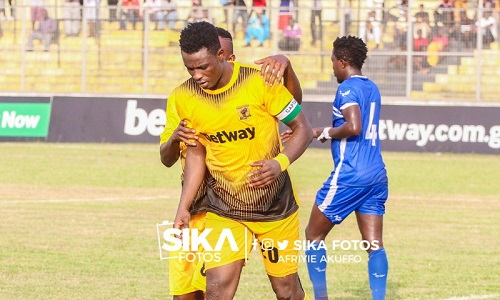 The GFA Referees Committee has cleared Referee Emmanuel Tampuri in respect of the Ghana Premier League match between Ashantigold and Liberty Professionals at the Obuasi Len Clay Stadium.

According to complaint received from Liberty Professionals,Â Â the match referee Emmanuel Tampuri ignored what they described as a reckless tackle in the 29th minute and instead of a free kick awarded a drop ball.

Liberty also disputed the referee's decision not to give them a penalty towards the end of the game claiming their attacker was brought down in the penalty area.

The committee found no compelling reason to contest the decision the referee made in relation to the disputed freekick especially as it didn't lead to a turning point in the game such as a goal or red card.

In relation to the second complaint, reviews from several angles backed up the decision of referee Tampuri to ignore the Liberty penalty calls because the AshantiGold defender got a significant touch on the ball to change its course made no contact with the Liberty attacker before he tumbled down.

According to the Committee, referee Tampuri in fact got the decision spot on and has no case to answer in the said match.