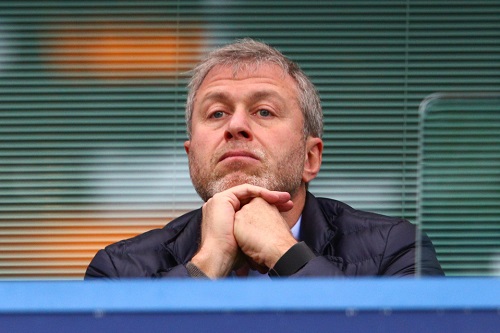 Roman Abramovich is believed to have turned down another offer to sell Chelsea after a takeover approach was tabled by a US financier who part-owns the Los Angeles Dodgers.

Todd Boehly, former president of asset manager Guggenheim Partners, is said to have sent a figure to representatives of the Russian last month.

Boehly's spokeswoman has failed to respond to multiple requests for comment. However, sources close to the Russian have subsequently reiterated his position that he has no interest in selling up. The Daily Telegraph disclosed last month how the club had effectively been taken off the market.

In 2015, Boehly, 46, who studied at the London School of Economics, set up investment firm Eldridge Industries. Three years earlier he was part of a group of investors that bought Major League Baseball’s LA Dodgers in a deal worth $2.15 billion.

READ ALSO:  EPL: Calvert-Lewin at the double as Everton ease past Chelsea ...

Abramovich, however, has lost interest in selling up at market value. Despite the Russian's ongoing visa wrangle with the British Government, he will make around £150 million available for Frank Lampard to spend over the next two windows after their transfer ban was overturned last week.

Boehly's approach is the fourth to have become public over the past 18 months. A Middle East-based consortium, which expressed interest last year, said it was quoted £2.5bn for the Russian's shares.

Costs and complications surrounding a potential redevelopment of Stamford Bridge have put off at least two potential bidders. The Middle East consortium, who spoke to Telegraph Sport, estimated costs at £1.2bn, and said preparations could take years to resolve with Chelsea Pitch Owners Plc. CPO say they have not received any contact and would not stand in the way of the club relocating temporarily should the mothballed redevelopment be revived.

Meanwhile, Bob Ratcliffe, the brother of Sir Jim Ratcliffe, previously told the BBC fears over redeveloping the stadium proved too big to overcome for a potential takeover by petrochemicals giant Ineos.

While Boehly is unlikely to be successful in taking over at Chelsea, the bid is the latest example of investment interest in the US as the Premier League becomes increasingly popular across the Atlantic.

READ ALSO:  Chelsea are free to sign players in January as their transfer ban has been reduced by the Court of Arbitration for Sport

Chelsea have consistently said the club is not for sale, but Abramovich appeared open to offers last year when he appointed Raine Group, a US merchant bank, to conduct a “strategic review”.

The Russian oligarch can in theory travel to the UK on his Israeli passport, but has stayed away from Stamford Bridge because he remains sore at his treatment by European nations. His UK visa expired amid bitter Anglo-Russian recriminations in the wake of the Salisbury poisonings, and he withdrew a bid for Swiss residency in 2016 when it emerged federal police had advised he posed a "threat to public security and a reputational risk".

However, associates of Abramovich say the Russian is as enthused as he has ever been about Chelsea under Lampard, who is on course for Champions League qualification despite being unable to bring in players over the summer.