EPL: Calvert-Lewin at the double as Everton ease past Chelsea 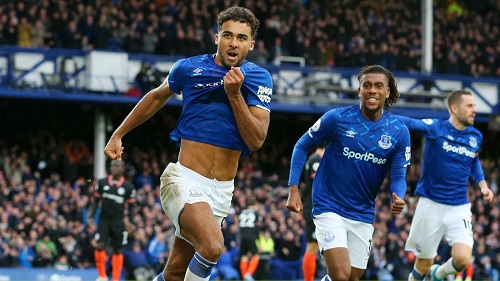 Duncan Ferguson made an instant impact as Everton's caretaker manager following the sacking of Marco Silva, guiding them to a 3-1 win over Chelsea and lifting them out of the bottom three.

Silva was sacked on Thursday in the wake of a 5-2 hammering in the Merseyside derby but Ferguson's first game at the helm proved there is life in the Toffees yet, with Chelsea losing for the third time in four Premier League matches.

Richarlison got Ferguson's interim reign off to a flying start when heading in after only five minutes, with the Brazilian netting for the third successive Premier League match.

Dominic Calvert-Lewin capitalised on defensive haplessness to make it 2-0 early in the second half and, although Mateo Kovacic's first league goal for Chelsea offered the visitors encouragement, Everton managed to seal the points late on – their English forward getting a second.

Having found themselves 2-0 down after 17 minutes on Wednesday, the improvement in Everton's start against Chelsea was marked, taking an early lead when Richarlison met Djibril Sidibe's cross with a header the once famously dominant Ferguson would have been proud of.

Calvert-Lewin should have doubled hosts' lead in the 16th minute, but his feeble shot after being released by Theo Walcott was straight at Kepa Arrizabalaga.

Chelsea steadily improved and Tammy Abraham saw a flick from Willian's delivery flash right across the face of goal, but that was as close as they came before half-time. 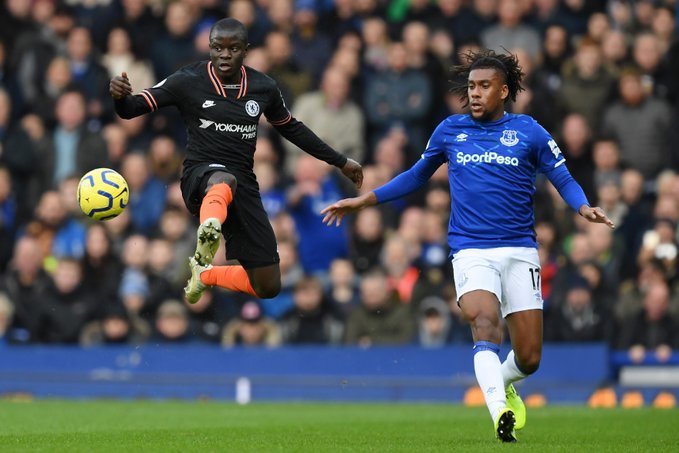 Everton began the second half with renewed purpose and quickly increased their lead – Calvert-Lewin converting after Kurt Zouma's poor clearance dropped in the box and ricocheted off the Frenchman and Andreas Christensen.

Chelsea swiftly pulled one back through Kovacic, whose controlled volley from 30 yards beat the unsighted Jordan Pickford to find the bottom-left corner.

That paved the way for Chelsea to pile men forward towards the end, but Everton wrapped up the win six minutes from time, Calvert-Lewin prodding through Kepa's legs after the keeper had initially given the ball away under no pressure.