RTU whip Hearts of Oak in Accra to escape relegation 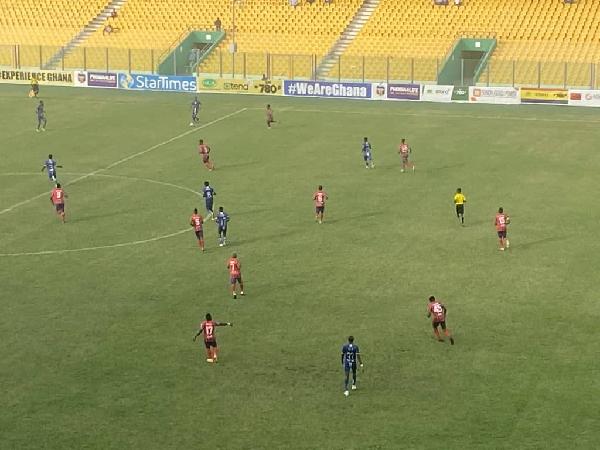 Real Tamale United secured their place for next season's Ghana Premier League after an emphatic 4-1 win over Hearts of Oak in Accra.

The Tamale-based side had to rally from behind to pick up the important 3 points at the Accra Sports Stadium they ensure their stay in next season's Premier League.

Hearts of Oa took the lead through Suraj Seidu who pounced on a howler from the RTU backline.

Minutes later, RTU responded quickly through Ronald Frimpong who connected with a header into the net from David Abagna's cross.

The visitors for the first time in the game took the lead after David Abagna converted nicely from the spot at the 30th-minute mark.

Ronald Frimpong scored again in the 35th minute to increase the tally to 3-1.

In the second half, Hearts of Oak came really stronger with an early chance to reduce the deficit but wasted the opportunity.

Suraj Seidu also fluffed his lines when presented with an opportunity to reduce the deficit.

Mohammed Alhassan made matters worse for Hearts of Oak after scoring an own goal to give RTU a 4-1 victory.

By virtue of the win, RTU escaped relegation while Hearts of Oak also missed out on top four.