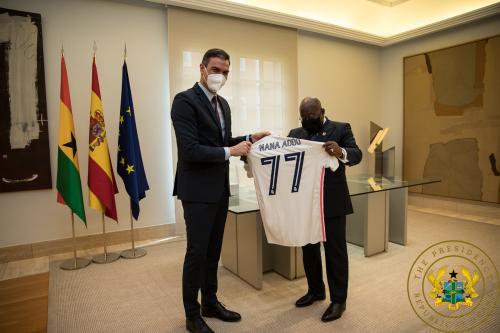 Akufo-Addo turned 77 years on Monday, March 29 and was presented with a jersey of the Los Blancos which was signed by several players of the club.

The presentation was done in Spanish capital city, Madrid when the Ghanaian President participated in the â€œFocus Africa 2023â€ Conference earlier today.

Akufo-Addo has a strong passion forÂ sportsÂ and has made his support for English Premier League side Tottenham Hotspurs and Spanish giant Real Madrid public on numerous occasions. 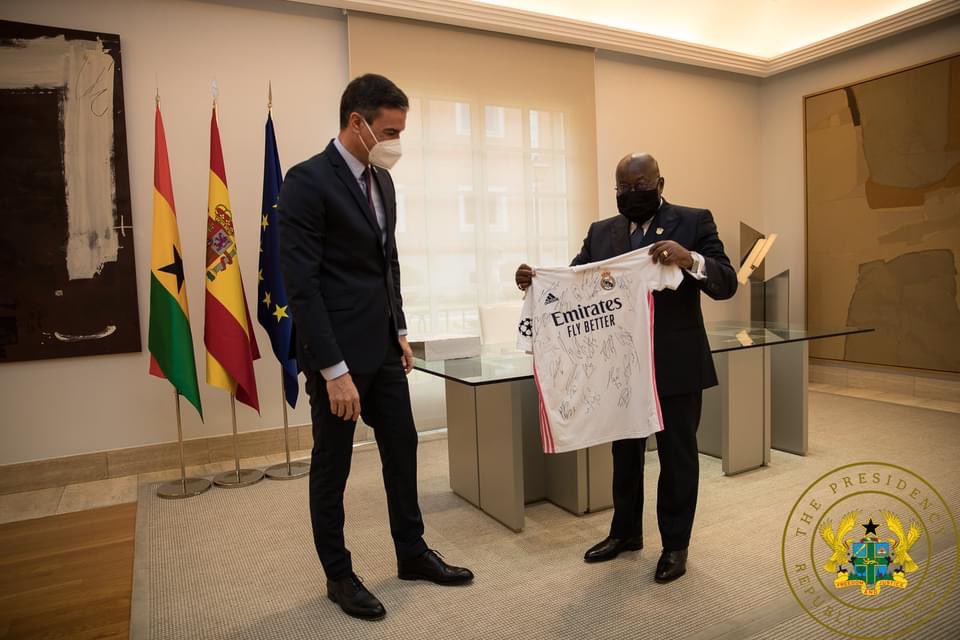 READ ALSO:Â A closer look at Prez Akufo-Addo as he celebrates his birthday today (Photos)

It includes the specific actions the Spanish Government intends to take with key stakeholders in Africa, including Ghana, and it is aligned with the realisation of the 2030 Agenda for Sustainable Development and the African Unionâ€™s 2063 Agenda.

The President was accompanied by the Minister for Foreign Affairs, Shirley Ayorkor Botchway, and officials of the Presidency and Foreign Ministry.