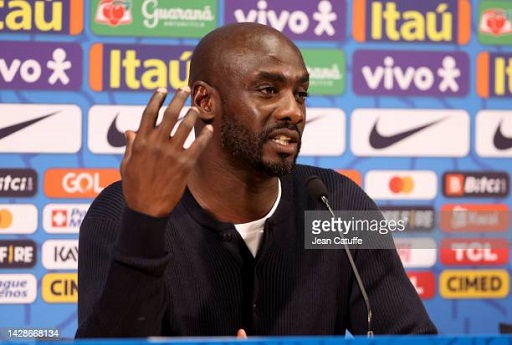 Outgoing head coach of the senior national team, the Black Stars, Otto Addo says there were lots of negatives surrounding his appointment.

At a press conference after Ghana’s elimination from the World Cup, Coach Addo announced his decision to step down as Head Coach of the Black Stars.

In a media briefing at the team’s hotel in Doha, the Dortmund tactician said his appointment was met with a lot of negatives, where a section of Ghanaians wished, he failed.

The former Black Stars player said he was not afraid of the attacks against him, due to the experience he had gathered at his club side and in the national team.

“I don’t fear any of your critics, I’m so long in the game and I’m used to this. For me, it is not a problem, I don’t fear anything, just God,” he said.

He said he would have loved Ghanaians to question his changes anytime his side wins matches, in order to balance the criticism.

“It’s easy when we lose, the first question is why did you do this and that, but when we win no questions come against me,” he added.

Making reference to the friendly encounter against Switzerland, the 47-year-old said these same critics would have questioned why his key players were on the bench if Black Stars had lost in that game.

He urged the media to use their platform to encourage players and coaches and not to serve as an avenue for insults.

Coach Addo after his resignation as head coach of the Ghanaian side would now focus on his club side, Dortmund as trainer coach.

Ghana failed to make it to the round of 16 stage of the ongoing FIFA World Cup, having suffered a 2-0 defeat to Uruguay in their last Group H match.