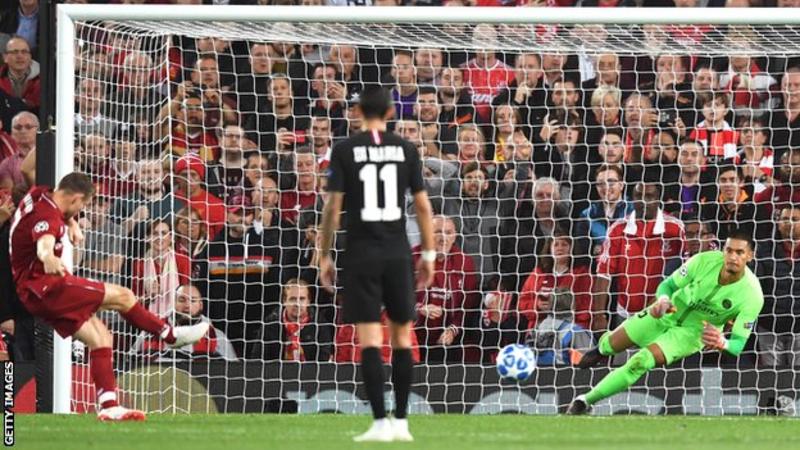 Firmino was only fit enough to be on the bench after suffering an eye injury in Liverpool's victory at Tottenham on Saturday - but he emerged on 72 minutes to secure a win that manager Jurgen Klopp may have thought was slipping away after Kylian Mbappe's late equaliser threatened to rescue a point for PSG.

At the Camp Nou, Lionel Messi grabbed a hat-trick in Barcelona's 4-0 win over PSV.

In France, Atletico Madrid got a 2-1 away win over Monaco with Inter Milan beating Spurs 2-1 in Italy.