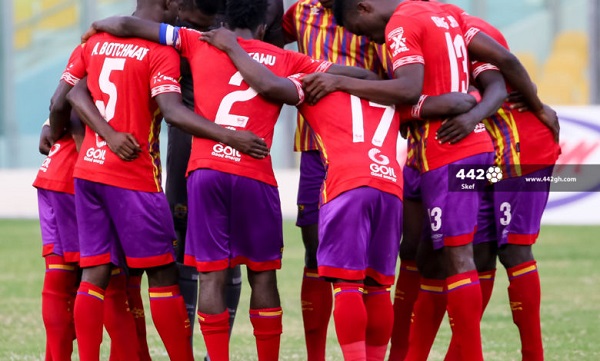 Hearts of Oak have quashed reports that the players were given 800ghc after the Karela United stalemate on Sunday.

Media reports, this week suggested the Board chairman of the club Togbe Afede XIV gifted the players 800ghc for holding Karela United 1-1 on matchday 21 of the Ghana Premier League.

However, the club say the reports making round is false and "we don't celebrate draws."

"Reports making round that our Board Chairman Togbe Afede XIV has given each player 800ghc after drawing with Karela on Sunday is absolutely false and must be ignored."

"We want to emphasize that, as a club we don't celebrate draws. That's ridiculous and self-demeaning,"Â  portions of the release read. 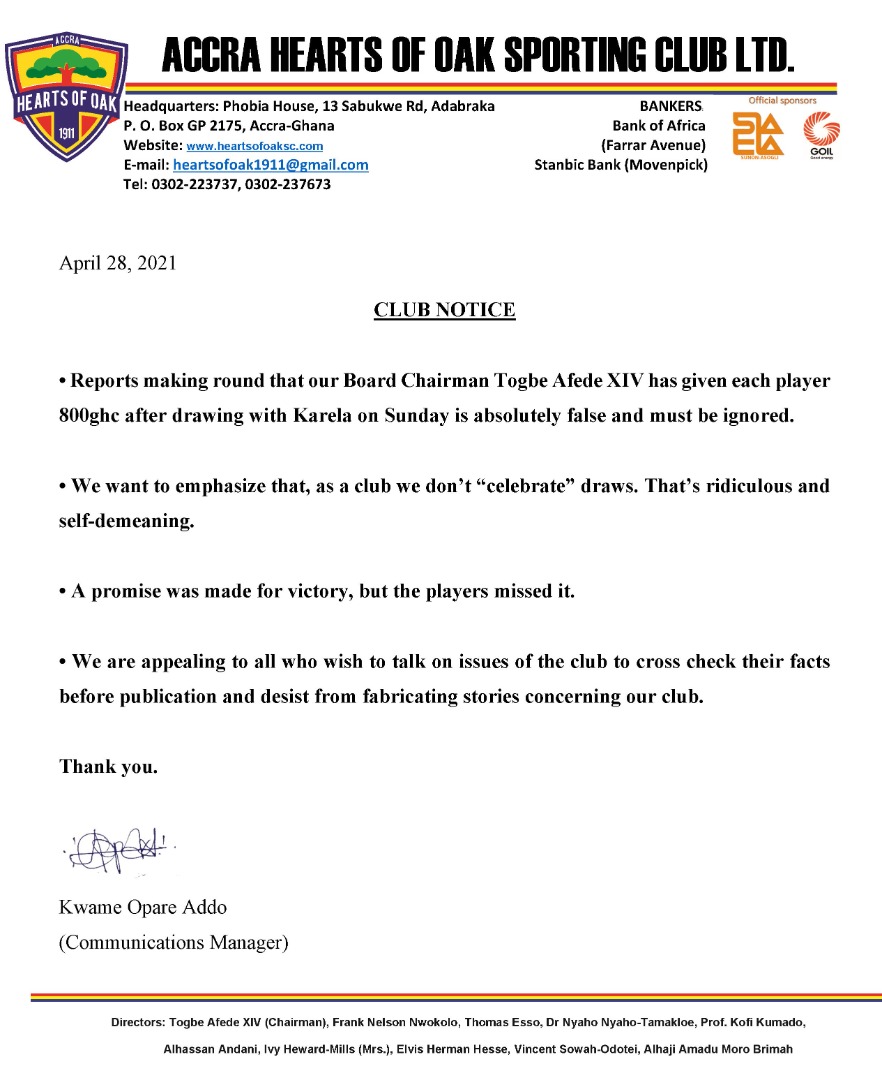 Hearts of Oak on Sunday scored late to salvage a 1-1 draw away to Karela United at the Cosby Awauah Memorial Park in Ayinase.

A win for both teams would have taken them to the top of the Ghana Premier League log.

After a goalless first-half, the hosts found a breakthrough in the 71st minute through Maxwell Boakye, who had come in as a substitute in place of Richard Berko.

It seemed the game was going to go in Karelaâ€™s favour until Kwadwo Obeng Jnr leveled for Hearts with a beautiful header from Ibrahim Salifuâ€™s corner in the 85th minute.

Speaking after the game, headÂ coach Samuel Boadu said he is disappointed by their inability to pick up all three points in their Karela.

HeÂ believed his outfit could have picked up the maximum points had they taken their chances in the dying embers of the game.

"Both team played well, we had lots of possession and we held the ball more in the first half. It's unfortunate they scored first from a defensive mistake but we came strongly to cancel their goal, he said at this post-match interview.

"Bringing in Obeng, Sarpong and Mensah was a tactical decision and you see it aided in us equalizing.
We could have finished the game in the last few minutes with two chances but its unfortunate."