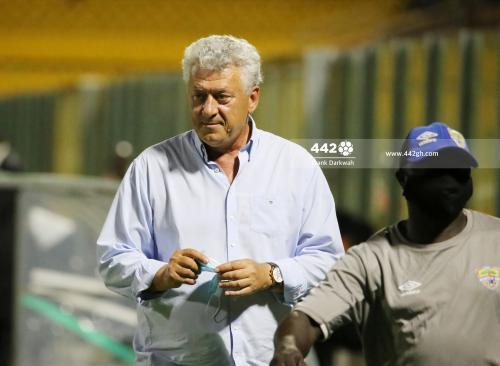 Head coach of Hearts of Oak says his outfit has to put out the best of performance at matches to stand a chance of winning this year's league.

The Phobians have not tasted the Ghana Premier League trophy for a while now. The last time they clinched it was in 2009 under the current coach.

Hearts Oak on Saturday were held to a goalless stalemate against Berekum Chelsea at the Golden City Park in a matchday 10 Ghana Premier League fixture.

The Serbian tactician was unimpressed with the pitch as well as the full-time result, urging his players to have the winning mentality

"We are definitely disappointed, especially me ...Hearts of Oak is a big club we cannot play football like this, go to some venues be happy with a point. Looking at my players they didn't want to win this match which is very bad and I'm accepting that kind of thing. If we want to win the league we must-win matches," he said in his post match press conference.

Hearts of Oak with the result now sit second on the Ghana Premier League standings with Berekum Chelsea occupying the 13th spot.

The Phobians next play Great Olympics who lie 7th in Accra derby in matchday 11 clash.