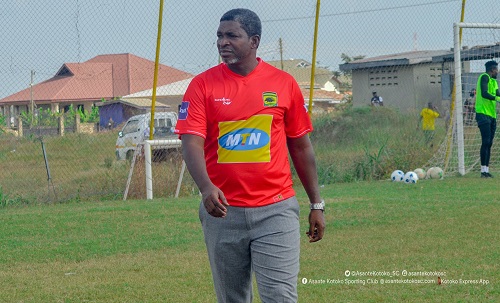 The game looked like ending in a draw when Samuel Bioh produced a moment of magic in the fourth minute of injury time to snatch all three points for the hosts at the Nana Agyemang Badu Park.

Addressing the media after the game, the former Black assistant coach lauded his players' performance despite their slim loss to the Ogya Boys.

"For this game I'm not worried at all because the boys really played to instructions. My boys did their best"

"The goal came out of nothing that is why I'm saying my boys did what I told them to do. I'm proud of them" he said at the post match conference

The Porcupines and Aduana both bizarrely started the game with ten-man, when Konadu was asked what informed his decision to play with ten men in the first half, he failed to give anÂ explanation.

Kotoko have dropped to 4th on the league log with 18 points after yesterday's loss, three points adrift of the top.