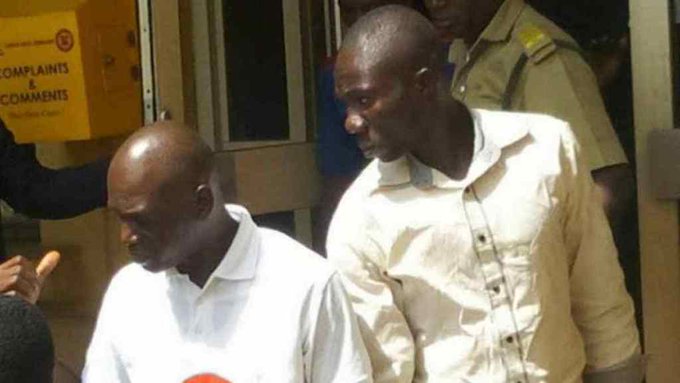 A Nigerian Prince, Adewale Oyekan of Lagos, was on Monday sentenced to death for the murder of a businesswoman.

Prince Adewale is the son of the late traditional ruler of Lagos Adeyinka Oyekan and had been employed by the deceased as a restaurant manager.

He had been charged alongside Lateef Balogun, a former domestic servant, for the murder of their boss Sikirat Ekun.

Ms Ekun was strangled to death and her body dumped in a well at her Lagos home on 17 October 2012.

READ ALSO: Bride dies after falling into well in Nigeria

Justice Raliatu Adebiyi of Lagos' Ikeja high court in her Monday judgment said that the prosecution had proved the charges of conspiracy to commit murder and murder beyond a reasonable doubt.

Nigeria's Herald newspaper tweeted a photo of Prince Adewale and his co-accused.

The prosecution had told the court that Prince Adewale hired Balogun to strangle Ms Ekun and he took over her businesses and property.

Ms Ekun was murdered on 17 October 2012 and when her relatives started looking for her, Prince Adewale texted them using her phone to say that she had traveled to Abuja.

"After an extensive search, her body was found two months later, in December 2012, by well diggers and firefighters. The convicts had placed a generator, a gas cylinder, and other household items on the body to conceal it in the 1,000 feet well," the prosecution told the court as reported by the Guardian newspaper.

The two were sentenced to death in accordance with Sections 221 and 231 of the Criminal Law of Lagos State 2011.