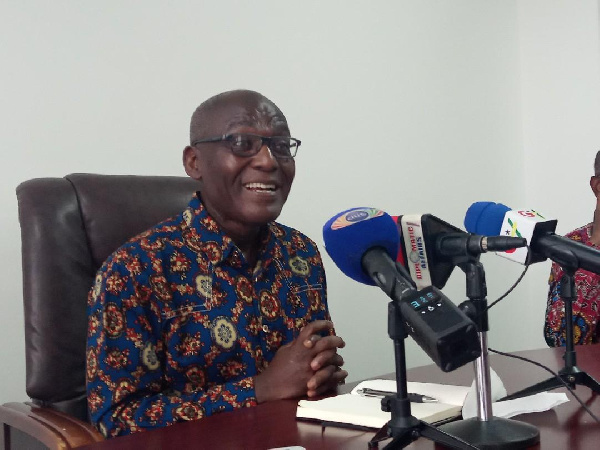 The AfCFTA, which is headquartered in Accra provides the opportunity for Africa to create the world's largest free trade area, with the potential to unite 1.3 billion people, in a $2.5 trillion economic bloc and usher in a new era of development.

Speaking during a media engagement in Accra, Dr Atta-Mensah noted that AfCFTA would be a game-changer for Africa, if it would be inclusive enough.

Dr Atta-Mensah, who said he was optimistic that the AfCFTA would be a game-changer, also commended the enthusiasm African leaders exhibited towards its formation; right from March 2018 in Kigali and by July 2019 it was operational and that it was going to take full effect by July 2020.

He said trade was a strategy for development and therefore, if African countries trade among themselves, it would lead to the transformation of their economies.

He urged African countries to add value to their products before exporting them; citing that Ghana should be able to produce enough chocolate and cocoa butter for the export market.

Dr Atta-Mensah said the AfCFTA was expected to boost intra-African trade by 52 per cent.

He said the positive potential of AfCFTA towards boosting intra-Africa trade would be achieved if African countries eliminated illicit financial flows (IFFs).

"Study that has been done in ECA and others, shows Africa at the minimum loses about $50 billion every year (through IFFs). Now this $50 billion is the minimum, it could be more. Some studies even put at $150 billion dollars a year," he stated.

"The question is that our infrastructure needs for Africa is about $100 billion a year in order to bring out infrastructure to world class stage. We need money for our educational system. If we can unplug all this IFFs we can Chanel all this money into our development."

With regards to skills development on the continent, Dr Atta-Mensah urged African countries to invest in science, technology, engineering and mathematics (STEM) education, which according to him would go a long way to support trade and development.

He said the ECA was committed to promoting the economic and social development of its member States, foster intra-regional integration, and promote international cooperation for Africa's development.

Dr David Luke, Coordinator, African Trade Policy Centre, ECA, who congratulated Ghana for being selected to host the AfCFTA Secretariat, also noted that "effectively, Ghana is going to be the commercial capital of Africa".

He said AfCFTA Secretariat being located in Accra, would attract a number of activities relating to the agreement.

Dr Luke said a lot of efforts had gone into the AfCFTA agreement to ensure that it succeeded.

The ECA team was in Accra to attend a High-Level Conference on the AfCFTA, organised jointly by the Ministry of Foreign Affairs and Regional Integration and the Ministry of Trade and Industry, in collaboration with the ECA and the African Union Commission (AUC).

The three-day conference is focused on Ghana harnessing the benefits of the AfCFTA for the "Ghana Beyond Aid" agenda.

In attendance at the News conference was Mr Albert Yankey, the Chief Director of the Ministry of Foreign Affairs and Regional.