BOG to reduce salaries of MDs, CEOs of banks 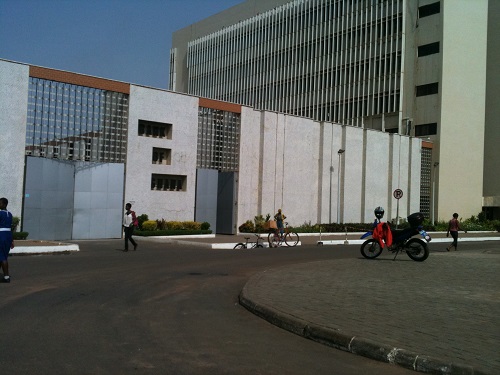 The Bank of Ghana, BOG has disclosed that they planning to reduce salaries of Managing Directors and Chief Executive Officers of banks in the country.

The move according to BOG it to cut down on the huge salaries of Managing Directors who are not performing to satisfaction.

Reacting to a question after announcing the new policy rate yesterday, Governor of the Bank of Ghana, Ernest Addison explained that one of the benchmarks of reducing the salaries will be the number of loans a bank has given out and collected or not collected.

"As you can see, this is a recent decision, we've looked at the operational cost of the banks, if you look at the cost of operation of the banks you will see where the inefficiencies are coming from, and we think it's about time we sit down and have a conversation to ensure that CEOs that are reporting all this high amount of ..... are not being compensated in excess in some of the results that they are achieving, let's bring some equity into the system so this is early days yet but it's an idea that we have thrown out and as part of the processes after every MPC, we have a meeting with the Ghana Association of Banks and i believe with the meeting that is on Wednesday we will go through the details of all of these with the stakeholders....."

Monetary Policy Committee of the Bank of Ghana (BoG) has kept the policy rate unchanged at 16 per cent.

Speaking to the media at a news conference on Monday, the Governor of the Bank of Ghana, Dr Ernest Addison said the decision was as a result of some threats to the country’s economic growth and inflation outlook.

This is the fifth time this year that the Bank of Ghana has kept its rate unchanged; since January this year.