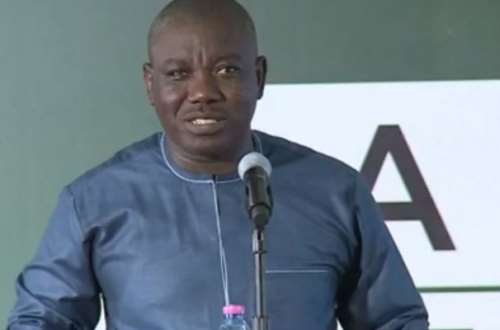 The Deputy Ranking Member of Parliament’s Finance Committee, Isaac Adongo says the government’s decision not to seek an IMF bailout early enough will make its negotiations with the fund difficult.

Adongo said the government will be negotiating from a place of vulnerability since it allowed many things to run aground before seeking the help of the IMF.

The government has announced its decision to go to the IMF to seek a programme amidst dire challenges facing the economy.

In March 2022, Ken Ofori-Atta announced that the government will not go to the IMF but rely on a domestic economic recovery plan.

However, being unable to meet its growth targets with the plan, the government is now going to the IMF for support.

Isaac Adongo, the Bolgatanga Central MP, says the woes of the economy are due to wrong decisions taken by the Finance Minister, Ken Ofori-Atta, and the Minister of State in charge of finance at the presidency, Charles Adu-Boahen.

He says the two individuals must be removed from their posts.

“The president should have followed [the announcement] with a removal of Ken Ofori-Atta and Charles Adu Boahen in a bid to give Ghana a chance to negotiate an acceptable programme that is workable. To say that he [Ofori-Atta] is leading the negotiations, it tells me that you don’t want the programme,” he stressed.

Adongo however said he is confident that the IMF will insist on the protection of the poor during negotiations, adding that he will support any eventual plan that will protect the interest of the poor and vulnerable.

“The poor must have an economy in order to be protected. We currently don’t just have an economy and so if there is anything that will bring back an economy that supports the poor, it is very important that we support it. [The IMF will look at] what is the value that they can derive for the people of Ghana with every single expenditure the country has.”