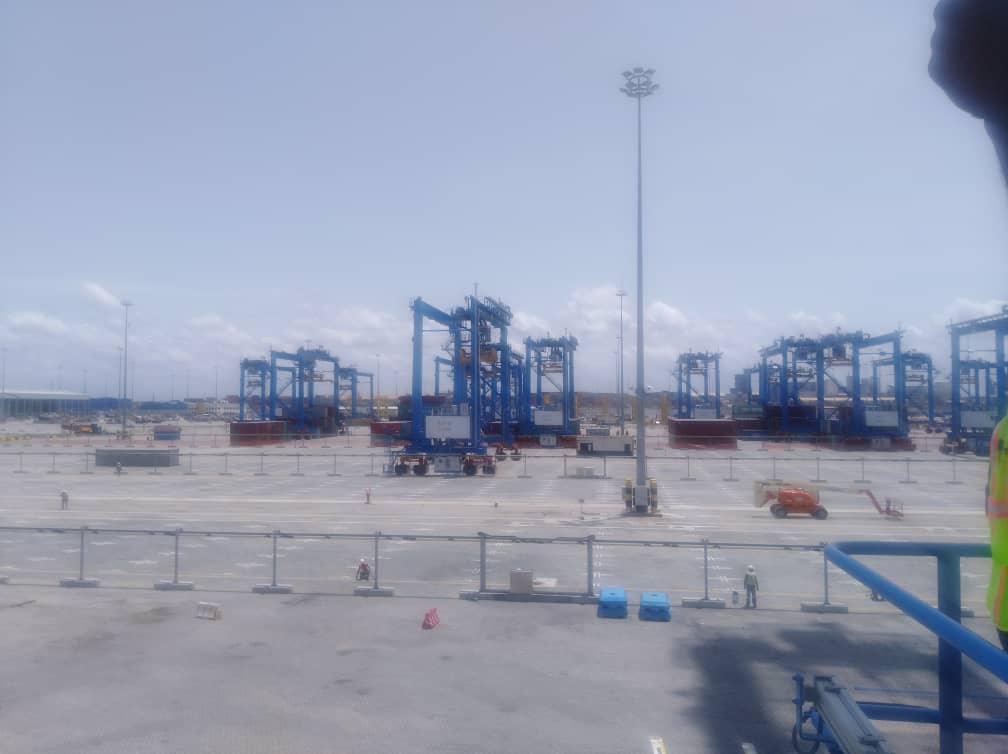 President Akufo-Addo has given an assurance that his administration will renegotiate portions of the concession agreement for the Tema Port terminal with Meridian Port Services (MPS).

After a closed-door meeting with the leadership of the Maritime and Dockworkers Union (MDU) and workers union of the Ghana Ports and Harbours Authority (GPHA) at the Jubilee House in Accra yesterday, the Daily Graphic gathered that a government committee, to be made of officials of GPHA, MDU, would be put in place to discuss how the agreement could be structured to ensure a win-win condition for both the developers and the country, represented by the GPHA.

Sources close to the meeting said the President gave an assurance that he was awaiting a legal opinion and a road map for renegotiating relevant portions of the agreement.

The meeting was necessitated by recent agitations by members of the MDU and was attended by the Chief of Staff, Mrs Akosua Frema Opare Osei, Ministers of Transport, Mr Kwaku Ofori Asiamah, and Employment and Labour Relations, Mr Ignatius Baffour Awuah.

Others were the Chairman of the Board of Directors of GPHA, Mr Peter Mac Manu, the Director General of the GPHA, Mr Micheal Luguje, and his two Directors of Port, Ms Sandra Opoku and Capt. Ebenezer Afadzi.

Government in 2015 negotiated the 35 years contract with the MPS for the development and operationalisation of a multipurpose container terminal at the Tema Port to create a deeper vessel capacity with an accompanying container storage facility as parts of efforts to position Ghana's ports as a hub within the West African sub-region.

The facility, which will become operational on July 1, 2019, according to a March 2018 Inter-ministerial Committee report, will, however, see the GPHA and other operators in the port losing out on container business.

According to the report, owing to the $1.1 billion investment being made into the project by MPS through the International Finance Corporation, there were clauses that were introduced into the agreement which sought to bar the GPHA from handling vessels carrying containers of 200 twenty-foot equivalent (TEU) and above.

That situation, the Ministerial Committee report projects, will erode the GPHA’s income and investments it has made over the years.

Similarly, the MDU had argued that some $832 million tax exemptions granted the project should form a basis for renegotiation, since they believed the exemptions meant that the Ghanaian taxpayer had partially financed the project.
Job losses

The GPHA itself, in an impact analysis conducted, had projected that it would be left with excess space and equipment as well as axle labour of about 1,400, if the agreement was not renegotiated.

Similarly, the Inland Container Depots (ICDs) at the port, which were in January this year served notice by the GPHA to either fold up or develop new business strategies since they would no longer receive container imports from the Authority, have, as well, declared their intention to lay off workers should nothing positive come out of deliberations by stakeholders.

That is a situation the MPS management vehemently disagreed with when they took some selected journalists to tour the new facility a week ago.

The Chief Executive Officer of MPS, Mr Mohammed Samara, has, also, argued that the facility should rather present a "golden opportunity" for the GPHA to engage more hands and also develop new business strategies.