IES calls on gov't to review oil revenue projections for 2020 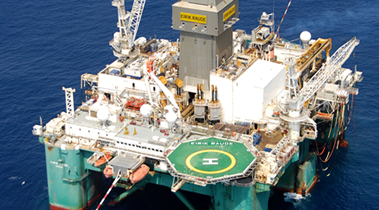 The Insitute of Energy Security, IES is urging the government to manage its revenue expectation from the oil and gas industry.

IES believes the announcement by Tullow Ghana that it will reduce its staff strength by 25% and a reduction in their oil production will affect the projections made by government for 2020.

Tullow Ghana which is the operator of the Jubilee and TEN oil fields over the weekend disclosed that due to production shortfalls in Africa and South America it has to downsize its workforce.

Speaking to Citi FM the Executive Director of IES Paa Kwasi Sakyi said it is time for the Finance Minister to review oil revenue projection in the 2020 budget.

According to him, the further reduction in the production figure from the two oil fields needs the government to relook at their notes on the expected revenue projections.

"They have already revised how much production they are going to do in a day in December, and they have revised it further, we are yet to know the exact figure, it tells you that they won't produce as they are expected so whatever government was expecting to come from Tullow's fortune both on the Jubilee and TEN field government needs to revisit their own notes because revenue will begin to fall as oil production falls from these two fields."

He also added that the deadly Coronavirus outbreak as affected the oil price on the world market.

Again you have seen what the Coronavirus is doing, world oil prices have stumbled, government benchmark prices in the 2020 budget needs to be revised as well to meet at least some fair short term revenue gaps. It is important to also look at it from this angle that while Tullow was looking at going into other assets they were preparing staff to go and take over these operations....."