Loom pyramid scheme scam: Signs to look out for 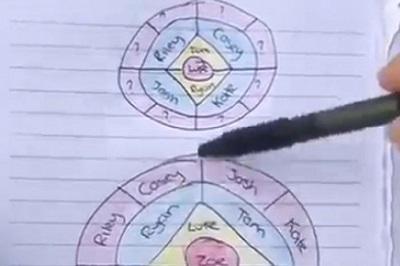 There are warnings of an international online scam called the "Loom" scheme in Australia, which targets young people through social media and can lead to participants "scamming" their family and friends and leaving them hundreds of dollars out of pocket.

The scheme was first reported in the UK and is now circulating on social media platforms in Australia, with users asked to invest $300 with the promise they will make eight times the amount once they recruit family and friends.

Lincoln Bernstein, from Queensland's Gold Coast, said he gave up the money after seeing a friend posting about it on Instagram a couple of weeks ago.

"Then I got sent a link to a group WhatsApp chat inviting me to get involved," Mr Bernstein said.
Loom pyramid scheme scam

Signs to look out for:

You are offered a chance to join a group, scheme, program or team where you need to recruit new members to make money

The scheme involves offering goods or services of little or doubtful value that serve only to promote the scheme, such as information sheets

Protect yourself:
Do not let anyone pressure you into making decisions about money or investments — always get independent financial advice

Be wary of schemes or products that claim a guaranteed income

Consider whether the rewards you have been promised are dependent on product sales. If so, are the products of real value, sold at a reasonable price and something that there is actually consumer demand for?

It is against the law not only to promote a pyramid scheme, but to participate in one

He said he was drawn to the scheme believing he could make money quick, but was yet to see any return.

'You're scamming your family and friends'
Facebook user Luke MacDonald was sent a link from a friend through Messenger, asking him to join.

His friend claimed he had made up to $5,000 through the scheme.

"It was just a link to a chat in a WhatsApp group … I asked what it was and he said it was a Loom group and that he had cashed out twice," Mr MacDonald said.

Mr MacDonald said he recognised instantly it was a scam, but thought most of the people getting involved had not known what they were doing.

"This particular person is a really nice guy, but he wouldn't think about things that deeply," he said.

"His response was; 'it doesn't matter to me, I've made $5,000 in two days'. People have this concept that it's just making money out of nothing, but it's not.

"Essentially you're scamming your family and friends because it's your immediate circle that you're pushing it onto — it's just transferring money around to different people and then eventually the people at the bottom get screwed."

Pyramid-selling scheme that 'falls over'

Queensland University of Technology fraud expert Dr Cassandra Cross said the Loom gets people to recruit other people and invest money, much like a pyramid-selling scheme.

"There are a lot of similar characteristics of a pyramid scheme … but this is a circle one where people get pushed into the middle," Dr Cross said.

She said the scheme targeted a younger demographic of victims who were more willing to hand over money.

"If you think about it in terms of disposable cash, the small amount that they are asking would be attractive to a younger demographic who has that money available," Dr Cross said.

The scheme is spread through social media platforms, which means many people do not realise they are being scammed.

"If you're committing to it and then asking your friends and family to do so, it takes away some of the warning signs," Dr Cross said.

"You have to give out your bank details in order for money to go into an account, and you also send money to someone else's account.

"That just raises suspicions about money laundering, and around not necessarily knowing who you're sending money too, or having your bank account details that are out there."

Dr Cross warned many people would be left hundreds of dollars out of pocket once they ran out of friends to recruit.

"It will certainly get to a point, as many of these schemes do, where there's no new investors and no new people coming into it and once that happens all of the promised returns never eventuate and it all falls over," she said.

"That lure of making easy money, of putting in a small amount and getting a larger amount down the track, it is attractive, but it's too good to be true."

A spokesperson for the Australian Competition and Consumer Commission (ACCC)'s Scamwatch said it had received 128 reports of Loom scams since February 4 this year, with losses of $7,600.