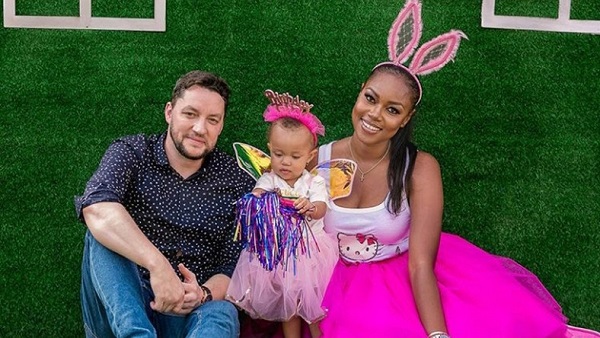 Yvonne Nelson with her husband and daughter

Ghanaian actress and movie producer, Yvonne Nelson has made an interesting comment on social media which sounds ridiculous at the same time.

According to her, guys shouldn’t marry ladies who don’t like money. In other words, the mother of one says men should always settle down with women who demand a lot of money from them because such situations will get them to work their ass off which in turn won’t make them poor.

“Don’t Marry A Woman Who Doesn’t Like Money, You Would Die Poor oo, Women are the Biggest Motivation for Making More Money" 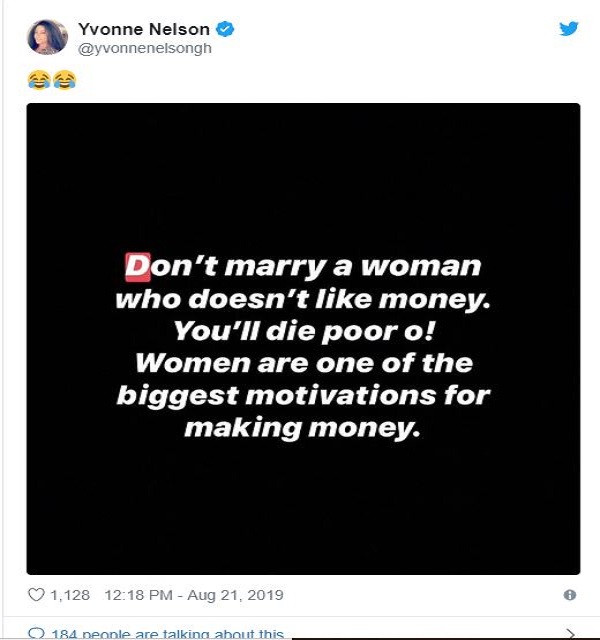