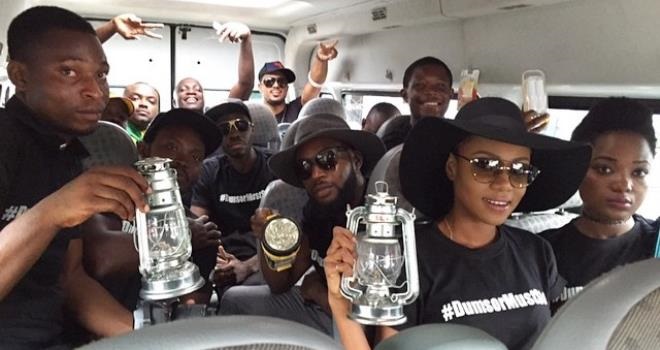 Ghanaian actress Yvonne Nelson has stated that contrary to the fact that the 'Dumsor' vigil she staged during the NDC era was a success, she received death threats.

She was called â€˜Yaa Asantewaaâ€™Â by many when she personally organized a demonstration against the then ruling party, National Democratic Congress (NDC) in 2015.

To her, the decision was not a political camouflage but was taken by her on behalf of everyone who was going through 'Dumsor'.

According to Yvonne, her life was threatened on several occasions and it took a brave heart for her to go ahead with the demonstration that shook the nation. She further revealed that she had to go into hiding both before and after the vigil just to be safe.

I was sleeping in a friendâ€™s house because the threat was too much,â€ she revealed on Hitz FM Daybreak Hitz with Andy Dosty.

Answering the question as to why she didnâ€™t stage another 'Dumsor' vigil when it appeared again under the NPP regime, she said the 'dumsor' is not as intense as that of the NDC era.

â€œI did the same thing by starting on Twitter, but the reason why I didnâ€™t go further to organize the Dumsor vigil was that the NPP Dumsor wasnâ€™t hot like that of the NDC,â€ she stated.