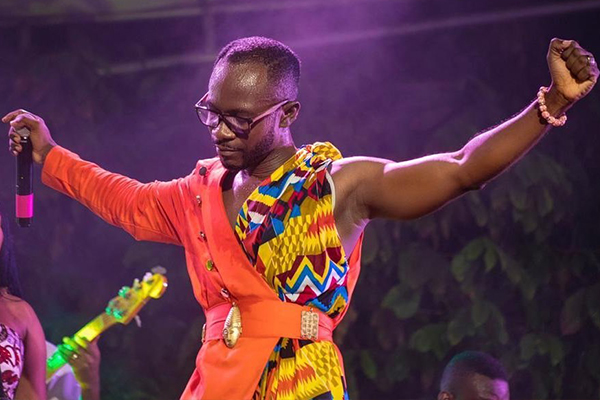 The rap doctor Okyeame Kwame, thrilled patrons  at his much-anticipated album concert dubbed 'Made In Ghana' at the + 233 Jazz bar and Grill on April 20, 2019.

The event witnessed great live band performance by Okyeame Kwame as he took patrons back to his hit bangers on the night.

The night which featured other artists such as Kuami Eugene, Kidi, Wiyaala, Akwaboah, among others was filled with beautiful tunes.

The 10-track album is part of Okyeame Kwame’s bigger project to restore patriotism and national pride which he believes the people of Ghana are losing. The project also aims to promote tourism and the patronage of Ghanaian made products.

Each song on the album represents one region of Ghana and the music videos of the songs showcased some tourist sites as part of the artiste’s contribution to promoting tourism through arts.

The “Made In Ghana” album also featured big-name stars like Wutah, Kurl Songs, Kofi Kinaata and many others.

Watch Performances on the night below;