Why is Prez. Donald Trump talking about ASAP Rocky? 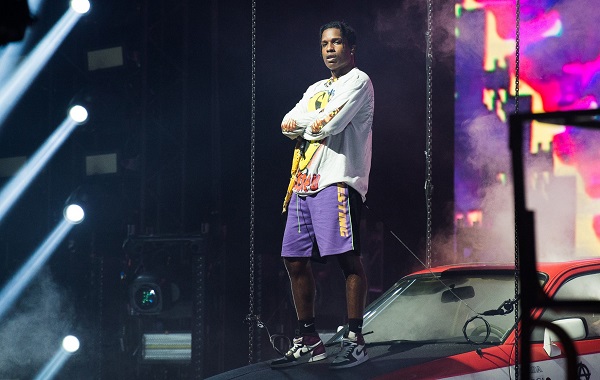 The people of Sweden could hardly have known how big a role their country of 10 million people would play in the evolution of Donald Trump’s presidency when he formally announced his candidacy in June of 2015.

But from his false claims of Swedish ancestry to hide his German forebears, to comments about terrorist attacks in Sweden that never took place, to his supposed concern for the treatment of rapper A$AP Rocky, Trump has leveraged both American ignorance about Sweden and a romantic notion of how Sweden supposedly used to be to score both personal and political points.

To understand Trump’s engagement in the ASAP Rocky case, it is important to note how often he tries to shift Americans’ focus to Europe in an effort to justify U.S. policies on everything from gun control to immigration.

In an April 2019 speech to the National Rifle Association, for example, Trump argued that the 2015 terrorist attacks at the Bataclan theater in Paris were proof that gun control does not work. He did so despite the fact that the 130 people killed in the attacks were as many gun homicides as France sees in an average year, and that even if France had the equivalent of a Bataclan attack every month, it would still have an annual per capita gun homicide rate lower than the U.S.

Or there was the time that Trump attacked London Mayor Sadiq Khan and highlighted knife crime in London as evidence of the failure of both British immigration policy and gun control. Again, the facts weren’t on Trump’s side. According to numbers from the London and New York police, the cities — which have almost identical populations — had exactly the same numbers of stabbings (76) in 2018, while New York had over 10 times as many gun homicides as London (161 versus 15) and twice as many homicides overall. (New York, notably, actually has one of the lowest homicide rates among all major U.S. cities, and is considered a success story in lowering violent crime.)

This brings us back to ASAP Rocky.

Trump’s public statements on the ASAP Rocky case — the rapper has been charged with assault and faces a maximum of two years in prison — have made international headlines. Trump volunteered to cover ASAP Rocky’s bail, though Sweden doesn’t have a bail system, and publicly asked Swedish Prime Minister Stefan Löfven to intervene on the rapper’s behalf. Löfven refused to interfere in an ongoing criminal investigation, as is appropriate for the head of state to do.