Are the police biting more than they can chew? 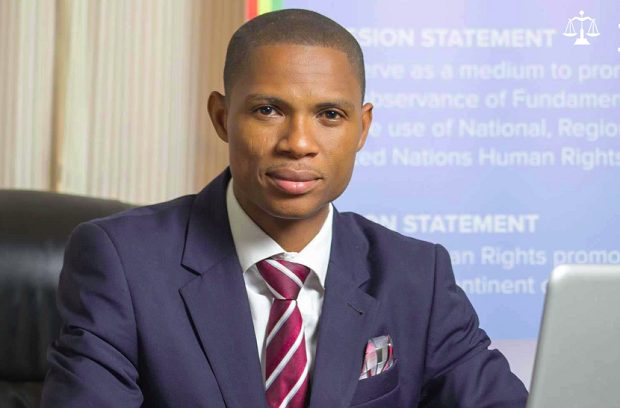 The Ghana Police Service, specifically the Accra Regional Police command are on the heels of Honorable Francis Xavier Sosu, member of parliament for Madina.

According to Article 21(1)(d) of Ghana’s 1992 Constitution (as amended): "All persons shall have the right to freedom of assembly, including freedom to take part in processions and demonstrations....". This provision further clarified under Section 1(1) of the 1994 Public Order Act (Act 491) that although authorization is not needed for public assembly, the security authorities should be notified ahead of planned assembly.

The current hunt for the member of parliament by the police represents a clear breach of law, probably over excitement in the light of current appraisal from the public following the clamp on some noisy celebrities in the country.

It is important that to note that under Article 117, members of parliament are immune to service of processes arrests. “Civil or criminal process coming from any court or place out of Parliament shall not be served on, or executed in relation to, the Speaker or a member or the Clerk to Parliament while he is on his way to, attending at or returning from, any proceedings of Parliament.”

The constitution also protects members of parliament from being summoned to court for purposes of witnessing among others.

It appears that the current enthusiasm of the police, delighting in public commendation is gradually eating into their legal boundaries and the extent of their powers and compliance with the laws of Ghana under which the police themselves are under.

It is however interesting to observe that on Sunday, 31st October 2021, the media reported that a group of police attempted to cause the arrest of Hon. Francis Xavier Sosu in his church after a previous failed attempt on Monday 25 October, 2021.

Reports in the media also suggest that the police seek the presence of the Hon. member of parliament to assist in investigations after the demonstration he led resulted in some chaos resulting in the burning of tyres and blocking of some roads in the constituency.

The police have taken a further step in their hunt for the member of parliament, by officially writing to parliament, requesting for the release of the Honorable member to them in clear contradiction to the constitution of Ghana.

Parliament however, was mindful and quick to draw the attention of the Ghana police to their clear oversight of the law, stressing that legal provisions in the constitution of Ghana do not give the police the legal authority to arrest or cause the arrest of a member of parliament.

It is a good sign that the police is committed to ensuring that the laws of Ghana are working, but they must be careful to do this, knowing that they themselves are not laws unto themselves.

The police do not work in a vacuum, but under legal directions under the laws of Ghana and this must not be traded on any day for public commendation, personal aggrandizement or overzealousness, lest Ghana risks serious Democratic threats.