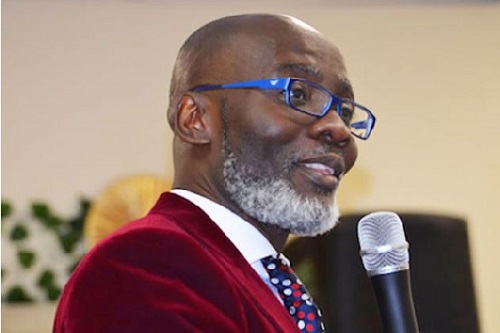 I’m disgusted by the insults that have rained on our MPs and Parliament as a whole over moves to construct a new Parliament.

This has been fueled by many well-meaning individuals and groups but including, hypocritically, one group that has been instrumental right from the beginning and throughout the process to getting it to this stage: the NDC. It has been so easy to describe this as a luxury, grandiose project and mobilize public anger against it.

Parliament has been asking for a new chamber for some years now. Speaker Doe Adjaho worked on it before he left office on Jan 6, 2017. President John Mahama in his 2013 State of the Nation Address promised MPs the building and offered funding for feasibility works to be done on the new chamber.

A competitive bidding process to choose architects and contractors for the new project was done under the incumbent Speaker Mike Oquaye. The entire Parliament, led actively by both Majority and Minority Leaders, have been fully on board throughout this entire process. That they cannot deny. It has been a collective effort, involving all parties within the legislature. Now, Parliament has done all that needs to be done except two things: (1) getting the public on board (2) getting public funds allocated and released for it.

It is obvious that, Parliament, the bastion of our democratic expression, completely ignored taking on board an important constituency - the very essence of their existence, the people they represent, the general public. They failed the PR test. They had not prepared the people for this project and at a time that the people are crying for their roads to be done, for more decent and affordable homes to be built, for more drainage systems to be constructed.

This is where the problem is: budgetary timing. The bill is $200m. Can Ghana afford it? This week the President cut the sod for a $100m housing project for the military. Last week, the Minister of Finance approved funding of GHS1.5 billion for roads, with much more to come before the end of this year. This year, over $1 billion (over GHS5bn) is being spent to subsidize power supply - a consumable; some $500m spent so far. Last year, GHS1.2 billion was spent to rescue the banking sector and secure the savings of some 1.5 million depositors. Is there room to begin spending money towards the building of this new chamber? If so, how much now and how much later? This critical option appears completely lost in the debate.

The public anger is as if government (especially the legislature) is too insensitive to even consider this project in the first place. Yet, when you strip it all down, the public anger is mainly about them not seeing it as a priority project to deserve such a huge amount. Does the 2019 budget make it a priority project? No. Do we have money to get it done now? Probably not? Do we want it killed completely? I doubt that. Can we shelve it for now? Yes, we can. Can we stagger the spending in such a way that the exchequer can accommodate it? Possibly.

Emotions are running to wild and wide at the moment. But, it is important we take a break from all that and properly consider the issues. I am for shelving it now, like many of you. But, what if the breakdown of the amount to be spent is such that what will be spent this year is less than what we currently spend a month for ENI gas ($40m), for example?

What if, Parliament comes up with a plan that will stagger the funding of the development in a way that the national budget can accommodate? Are we open to sensible and viable options that won’t kill the project completely?

I am still for shelving it.