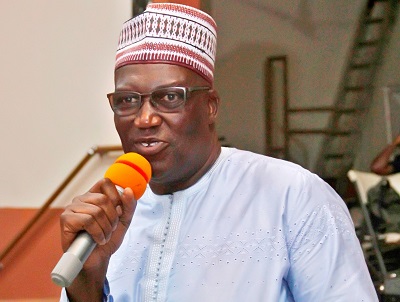 He said “ …journalism has failed in leading in the civic education of the people as envisaged by ‘Africa Rising’; the discourse in the media has become overly political and incomprehensible…”. Africa Rising is a term coined to describe the rapid economic growth in sub-Saharan Africa since 2000 and the belief in the inevitability of further rapid development in the continent.

According to the Financial Times, Africa Rising is a “narrative that improved governance means the continent is almost predestined to enjoy a long period of mid-to-high single-digit economic growth, rising incomes and an emerging middle class”.

Mr Thompson indicated that Africa grew faster than any other continent in the world in the decade between 2005 and 2015. It grew by 50% compared to the world average of 23% growth.

He made these remarks in his capacity as the chairman at a fundraising dinner held recently at the Christ the King Parish Hall in Accra to mark the 80th anniversary of the Catholic Standard newspaper. The event was on the theme, ‘The Catholic Standard: 80 years of Promoting Integral Human Development in Ghana’.

He noted however that “…Africa Rising has reached an inflexion point; the growth has stalled and one of the reasons for this is the failure of journalism to educate and provide the compass for the people. It is almost as if there is nothing else to talk about in the media apart from politics and entertainment. The focus is not on what really matters to the people such as access to quality education, potable water, improved health care, among others.

He called for a concerted effort for the revival of the once vibrant newspaper (the Catholic Standard) to contribute in making journalism more relevant and championing the socio-economic development of the country.

“…many of you may recall that we were desperate for a copy of the newspaper on Sundays because it spoke for the voiceless, reflected the truth and championed the socio-economic development as well as civic education of the people … ”, he remarked.

Hon. Ambrose Derry, Minister for Interior who represented the President, Nana Addo Dankwa Akufo-Addo, at the event also praised the newspaper and the Catholic Church for their impact on society.

He said “…the Catholic Standard was candid and very consistent with speaking the truth. The church also made great interventions in different areas including education and health. Your contributions to the progress of the country are remarkable…”.