'Momo tax: A step in the right direction?’ by Frederick Yorke 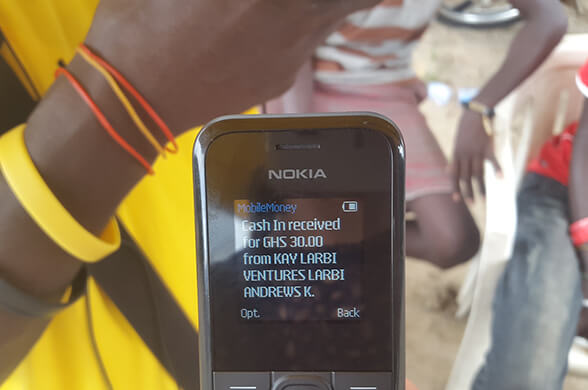 'Momo tax: A step in the right direction?’ by Frederick Yorke
Shares

On the 17th November 2021, the Minister of Finance of Ghana, Hon. Ken Ofori-Atta presented to the parliament the statement on the 2022 national budget. Among the policies expected to be implemented is the Electronic levy (E-levy), which involves the introduction of taxes on electronic transactions such as mobile money (momo) transactions in the country.

Based on the policy, from 1st February 2022, all electronic transactions which include bank transfers, merchant payments, inward remittances, and mobile money payments with a daily cumulative value of above GH$ 100 (by the individuals who are classified as ‘not poor’) will attract a 1.75 per cent levy.

The introduction of the E-levy is aimed at widening the tax net particularly to cover the informal sector of the economy and to ensure that all Ghanaians paid their fair share of taxes. The minister emphasized that the outbreak of COVID-19 has accelerated the usage of digitized platforms in Ghana, with over 120 per cent growth in the value of digital transactions as of February 2021. While the value of total electronic transactions in 2020 was over Gh$ 500 billion which signifies a massive growth in value compared to Gh$ 78 billion recorded in 2016, an 18 per cent and 16 per cent increase in average mobile money subscribers and active mobile money, respectively, is also recorded between 2016 and 2019. These necessitated the introduction of the levy towards the new pattern of financial transaction, and to address the challenges posed on revenue mobilization and economic health by the COVID-19 pandemic.

Considering the negative impact of the COVID-19 pandemic on revenue mobilization and hence economic growth in Ghana in the previous year, widening the tax net is of massive significance to infrastructural development and economic growth in general since it aims to provide the government with extra revenue to undertake its development agenda and recover the economy from the effects of the pandemic. An enhanced revenue mobilization also eases the pressure on the government to borrow internally and externally which often comes with high-interest rates and creates huge debt burden for the country. However, in an economy characterized by a large informal sector, huge unemployment rate, high illiteracy rate, and high poverty rate, in addition to slow recovery from the economic hardship being suffered by the poor and the average Ghanaians due to the decline in economic activities from the outcome of the COVID-19 pandemic, the introduction of the E-levy especially on the mobile money transactions and sub-sector raises several concerns. Among the concerns are the impact of the momo levy of financial inclusion, the argument of double taxation, and the impact of entrepreneurial activities.

Impact of the E-levy on Financial Inclusion

Even though this argument may be true, the emergence of the momo sub-sector in Ghana has also contributed to financial inclusion especially in the informal sector and supported the growth of small businesses in the country.  Massive gains made in financial inclusion in Ghana and other developing countries has been possible through these momo services.

READ ALSO: All you need to know about the E-Levy on MoMo, other electronic transactions

Hence, increasing tax burdens on the mobile money consumers and sub-sector raises concern over a possible reversal in these massive financial inclusion benefits which have been made possible through the retail electronic platforms via the momo transactions. In this regard, taxing the mobile money transactions may not achieve a significant expansion in the tax base, but it will rather reserve the benefits obtained from financial inclusion and the electronic payment platforms. A higher levy on electronic transaction platforms which are mostly utilized by the average and low-income earners who are highly responsive to transaction cost may serve as a disincentive to them to use the mobile money platforms, but rather motivate them to adopt cash transactions to avoid tax burdens. This will cause the velocity of money to tarry in the economy, and create challenges to the targeted tax revenue and benefits obtained from financial inclusion. As a result, the revenue contribution from the E-levy especially the 1.75 per cent levy on mobile money transactions, may be negligible to the total tax revenue but may come at a high economic cost which includes a hike in the rate of unemployment in the country.

Taxing mobile money transactions is virtually a form of double taxation. Momo services are not free in the first place: there is a (1 in most cases) per cent service charge paid to the telecommunication companies (Telcos) for the use of their financial technology platforms. The Telcos in return pay taxes to the government of out the gains from their services. In addition, tax-paying workers who also use mobile money platforms already pay taxes on their incomes and returns. Taxing the momo services will thus increase the tax burden in both formal and the informal enterprises of the economy.

Impact of the E-levy on Entrepreneurship

The government has a great entrepreneurship agenda to encourage and provide support to enhance entrepreneurial activities and promote youth employment. However, the government’s commitment to this great agenda can be eroded by the 1.75 per cent E-levy on momo and other electronic transactions. This tax may serve as a disincentive to startups and potential entrepreneurs. It can inhibit the activities of Small and Medium Scale Enterprises (SMEs) that mostly depend on mobile money transactions for their financial activities. With numerous taxes, this can hinder growth and expansion in the SME sector and limit the ability of the SMEs to broaden their capacity to employ more unemployed people, thereby worsening the unemployment situation faced by the country’s youth.

As the government is bent on raising its revenue to finance its numerous developmental projects, they should rather create a conducive economic climate for businesses to thrive while they focus on taxing the incomes generated. The government should also spread its tentacles to collecting taxes from the vast majority of businesses who are making huge monetary returns in the informal sector but are not captured in the tax net. Measures must therefore be put in place to capture these businesses in the tax net, instead of placing a levy on mobile money transactions as a way of widening the tax net.

This can be made possible through the digitization agenda which is already being championed by the government. Through the digitization policies, numerous businesses in the informal sector can be captured into the tax net, while stringent measures are put in place to ensure that all tax obligations are met by the businesses and individuals in both formal and informal sectors of the economy. This tax recommendation can enhance pro-poor economic growth and ensure that tax implementation is progressive enough in order not burden the financially weak and widen the income inequality in our economy.

The E-levy policy can have a poor outcome on tax revenue in Ghana, hence the government must take into account the impact of the levy on mobile money transactions on the Kenyan and other developing economies and put in measures to possibly hold on with the levy on momo as well as measures to curb any possible negative outcomes of the E-levy on the Ghanaian economy.